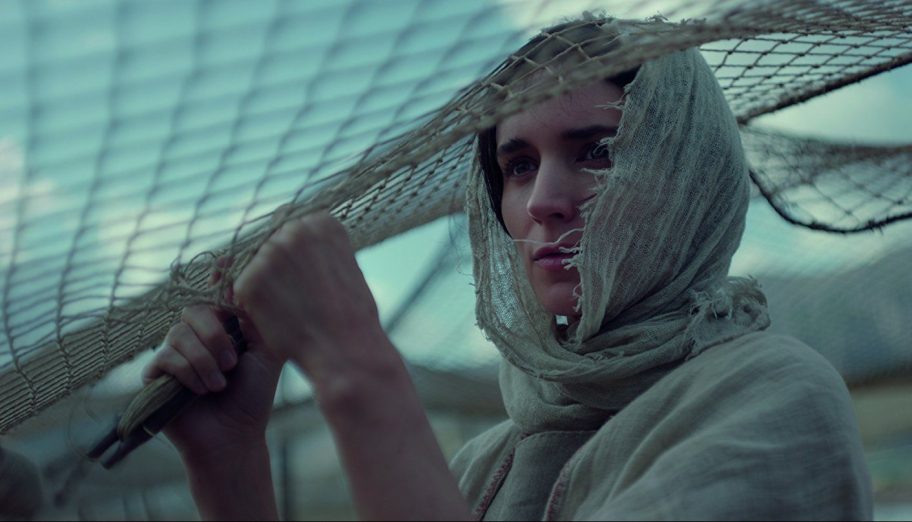 Mary (Rooney Mara) is what would, in modern days, be described as a midwife in the fishing village of Magdala, on the Sea of Galilee.

While women relied heavily on her support, she fell foul of the men in her community for insisting on praying with them and refusing the arranged marriage set up by her father.

Her stubbornness was put down to demonic possession and she was introduced to a travelling rabbi named Jesus (Joaquin Phoenix), to try to rid her of the evil spirits.

Mary soon became inspired by Jesus and his preaching and joins his followers, including Peter (Chiwetel Ejiofor) and Judas (Tahar Rahim).

With time, their views become increasingly radical and both the Jewish leaders and their Roman rulers are becoming more and more concerned about the influence Jesus is starting to wield; his followers are looking forward to the day that he leads a challenge to their authority.

When Jesus is arrested, there’s nothing his followers can do to prevent his execution for sedition.

But days after witnessing his crucifixion, the most influential woman in his entourage sees Jesus again, risen from the dead, and it falls to her to inform his followers.

Lion director Garth Davis has created a rather peculiar confection – a pious film that’s biblically slow and ponderous, that feels faithful enough to the source material to appeal mostly to believers, and in some senses steers clear or some points of contention, yet challenges enough of the orthodoxy to frustrate the relatively small cinema-going cohort who might otherwise be on board.

A woman declared in AD 591 to have been a former prostitute and only very recently cleared of indiscretion and recognised as the “apostle to the apostles” is depicted as a no-nonsense feminist whose support Jesus can’t do without, in a film that arrives fittingly months into the Me Too and Time’s Up campaigns – the Catholic Church perhaps remaining one of the few arenas yet to challenge what many now refer to somewhat dismissively as “the patriarchy.”

More interesting, though, is the take on Judas Iscariot’s motivation for handing Jesus over to the authorities; not an act of selfishness, as is traditionally held.

The dialogue is as leaden as that used in the bible itself, with such pronouncements as “If we don’t understand it, perhaps it is beyond our understanding,” which hardly serves to bring on board newcomers to the story. Neither will the presentation of Jesus and his band of followers as a pseudo-religious cult that – while it inspires its anti-establishment followers – understandably riles the authorities.

When opponents of President Assad of Syria rose up against him, he declared them to be terrorists and there began what has – so far – been a seven year civil war and it’s doubtful that 2000 years hence, anyone will hold up the Syrian rebels in similarly high regard. When David Icke declared himself to be the son of the Godhead, he was mocked mercilessly. We live in a different era of course, but it’s clear, however you look at it, that someone presenting themselves – or allowing themselves to be regarded – as a challenge to authority, divine or otherwise, would not be graciously welcomed by the establishment. That doesn’t, by definition, give them any moral certainty of being right by virtue of being the outsider, which is not – of course – to say that the status quo itself is a picture of rectitude. The Bible, interestingly, is perhaps one of the few examples of history not being written by the winners – or by the powerful.

It makes a refreshing change to see a very familiar story told from an unfamiliar point of view, although there’s no real sense of what’s so special about Mary Magdalene’s point of view anyway. It feels like it should be – and certainly wants to be – a tremendously important work in the cinematic canon, but comes across as knowingly self-important, without being in any way revelatory.

A big failure of this film is that Mary Magdalene is far from the most interesting character in her own biopic, being outdone, by some margin, by Judas and Jesus himself. But while Joaquin Phoenix is presented as an enticingly charismatic shepherd, the behaviour of his wider group of followers, marching and chanting for change, does little to endear his movement to those not already part of his flock of anti-establishment radicals.

Davis’s film feels like an honest and earnest attempt to tell the Easter story from a different – topically apposite – perspective, but while it might help clear Mary Magdalene’s name among those who don’t already read the Catholic press, it’s unlikely to win over anyone new to the path of Jesus and it travels a dramatically safe path through much of the controversy surrounding her.