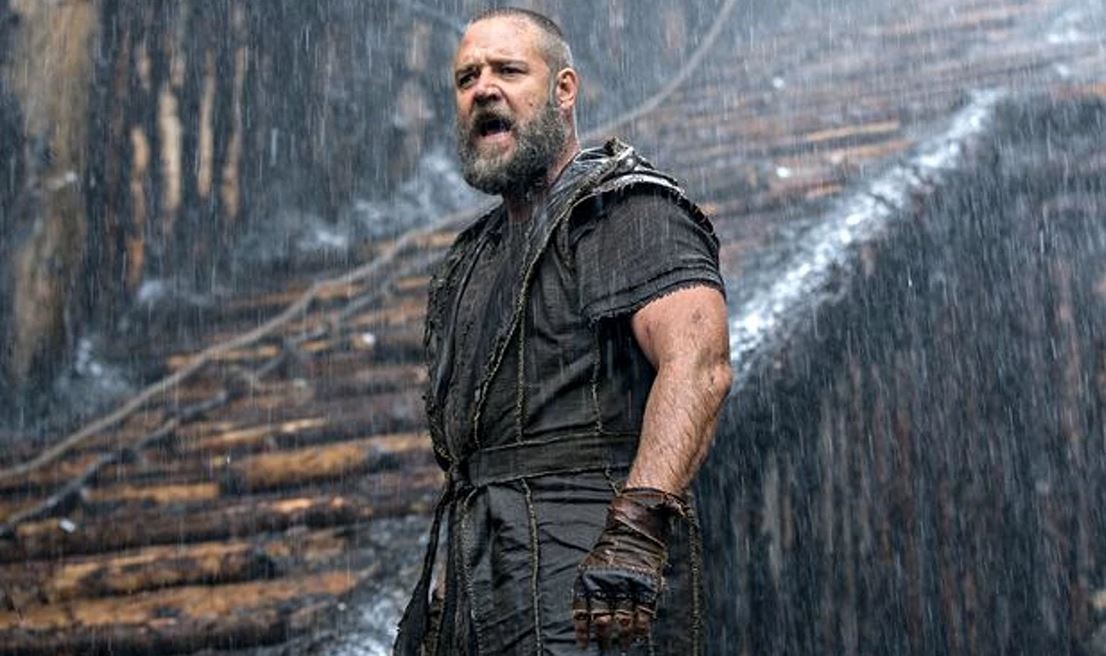 Several decades have passed since Cain killed his brother Abel; Cain’s descendants are now the dominant force on earth, spreading their wickedness with each generation. When their leader, Tubal-cain, kills his distant cousin Lemech, he thinks he’s wiped out Abel’s blood line once and for all, but Lemech’s young son Noah has managed to escape.

Years later, while an adult Noah (Russell Crowe) is working the land with his sons Shem (Douglas Booth) and Ham (Logan Lerman), he starts having visions of an impending disaster – a flood to wipe out the evils of humanity. Noah believes the Creator has tasked him with building a huge ship to preserve enough animals to repopulate the Earth once the flood waters have subsided.

When an older – and stronger – Tubal-cain (Ray Winstone) finds out that Noah is still alive and building an ark that will enable its passengers to survive the great flood, he and his followers try to hijack the ship but Noah is determined to carry out his Creator’s mission to the word; he believes he has to enable the animals to start afresh without humans to destroy the planet again, but his wife Naameh (Jennifer Connelly) has other ideas.

The story of Noah’s Ark has been told to generations of children around the world – but never like this.

The basics are there. Cain killed Abel. Cain’s descendants are bad. God wants to wipe them out and start again. Good guy Noah builds an ark to protect everything God wants to survive while the flood washes away all the evil. You’d think this would be dramatic enough, but Darren Aronofsky decides to weave in a little more character development so that his protagonists go through more of an arc – as opposed to an ark – than their biblical antecedants.

Chiefly among the differences between the bible and Aronofsky’s epic is the fact that in this telling of the story, Noah believes that his creator doesn’t want mankind to get another chance and finds himself, therefore, having to contemplate taking action to ensure that his own blood line can’t continue. In the biblical version, each of his three sons had wives on board, which made the prospect of repopulation somewhat more palatable – just.

We also get to meet Noah’s reclusive grandfather (Sir Anthony Hopkins) who provides a handful of MacGuffins, at appropriate moments, to ensure that the story can unfold as seen by Aronofsky.

Despite the magnitude of the tale at its heart, the grandeur of the ark and the dramatic tensions weaving between its inhabitants, the film feels somewhat uninspired, lacking in energy, incoherent and oddly small in scope rather than necessarily claustrophobic.

The effects are impressive enough and the performances earnest but the message strays far enough from the biblical texts to seem irrelevant, making it feel more like a big-budget melodramatic Greenpeace campaign advert.

There are characters and missing characters. It’s not so much a retelling of the biblical tale; in film parlance, it’s more of a Noah’s Ark reboot.

Part of where the fictionalisation comes in is in the apparent attempt to turn one of the bible’s most spectacular stories into a family drama.

It’s also far enough from the source material to make a ban in Islamic countries – for personifying one of the religion’s prophets – rather extreme, questioning the relevance or such censorship to a religion that wants to fit into a modern world. We’ve seen protests against cartoons that mock Mohammed, but banning believers from watching a film that ultimately puts a patriarch on a pedestal for saving humanity seems somewhat ungracious.