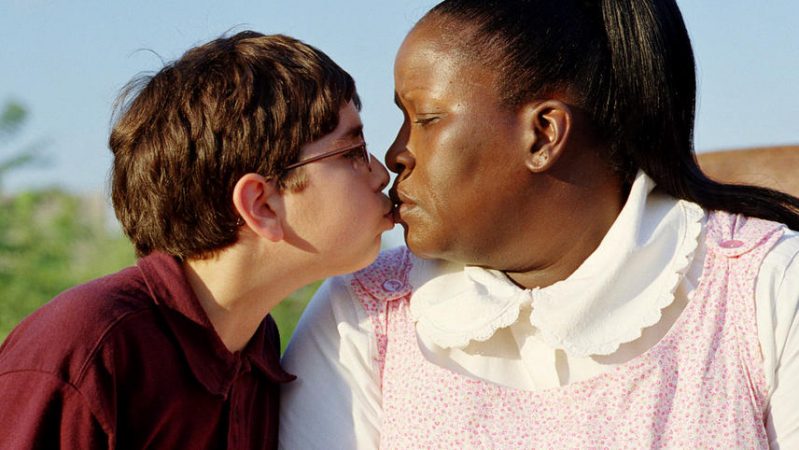 Twelve year old Aviva secretly harbours the desire to be a mother.

On a visit to a family friend, she sneaks upstairs to “play” with the other couple’s son and gets herself pregnant.

Her mother (Ellen Barkin) finds out and forces her to have an abortion. The operation goes horribly wrong. The result is that she’ll never be able to have children, but no-one tells her.

Blissfully ignorant, she runs away from home, determined to sleep with as many men as she can, to increase her odds. She’s a girl with a mission and she’ll do whatever it takes to succeed.

Todd Solondz needs to be talked about. Why else would he make a film about a twelve year old girl who’s desperate to get pregnant? And why would he have the role played by no fewer than seven actors – including four girls, a boy, two adult women – one of them an overweight black woman, the other, Jennifer Jason Leigh.

Then there’s a “pro-life” attack on an abortion clinic, and of course, given the subject matter, consensual paedophilia is inevitable.

After Welcome to the Dollhouse, Happiness and Storytelling, Solondz continues to mine some of the most controversial subject matter imaginable – and unimaginable – but this time, it’s overlayed with the gimmick of having several people playing the same character. If there was any editorial or cinematic reason why he should do this, it would be welcome, but changing the actor really does nothing to improve – or indeed impede – our understanding of the film. It’s really just rather off-putting.

That said, the performances can’t be faulted and the film is laced with exactly the kind of wincingly discomforting humour that will appeal to fans of his previous films.

And maybe everyone should be excused the odd experimental imperfection.