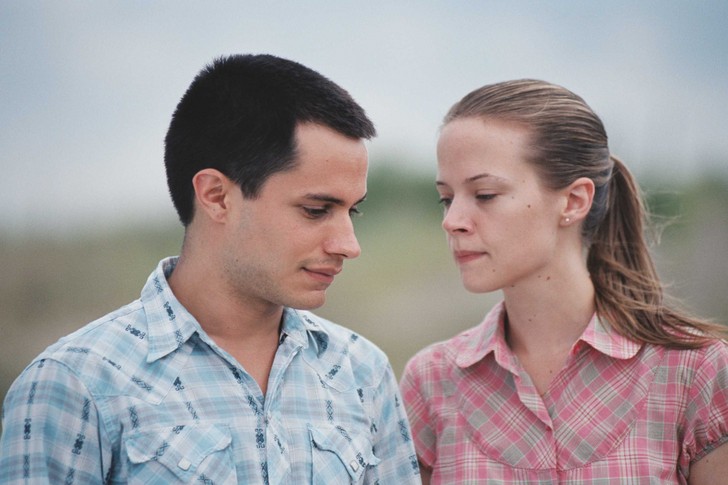 David Sandow (William Hurt) is the preacher of an evangelistic small-town church. His children play an active role in the community – his son’s band plays Christian rock as part of their weekly services. The Sandows present the perfect picture postcard of a family.

Then, out of the blue, or more precisely, out of the Navy, a young Hispanic man, Elvis (Gael García Bernal) turns up and confronts David. Elvis claims to be David’s love-child from a relationship he’d had before he found Jesus.

David knows that his reputation in the community will be shattered if this gets out and doesn’t know how to handle the situation.

The initially meek and sympathetic Elvis turns out to be more manipulative than it first seems, as he starts to manipulate David’s daughter Malerie (Pell James), and works his way beneath the skin of the family.

This is another showcase performance for the continually impressive Bernal and provides Hurt with another opportunity to show off his skill as a dramatic actor.

Both characters are complex and the pair bounce off each other like a pair of boxers, sounding each other out in the early rounds of a big fight.

The director successfully and subtly steers the film from what appears to be a coming-of-age drama to a far darker, more menacing thriller.

On another level, the film works as a thought-provoking study of religious conviction, as the plot twists deeper into tragedy.

This is an impressive first foray into fiction feature film making for its British-born director, but it necessarily doesn’t make for a comfortable watch.