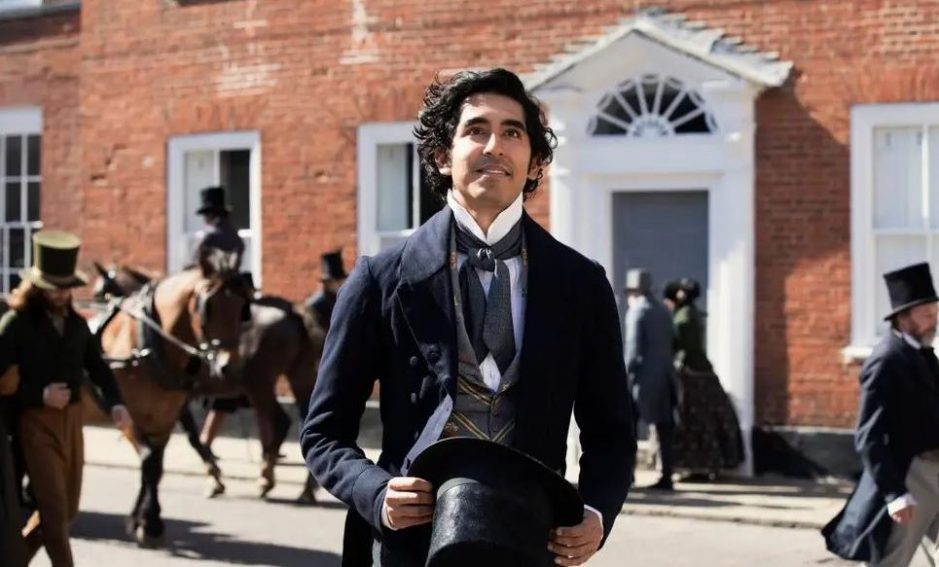 Young David Copperfield’s father has long since died and when his mother Clara (Morfydd Clark) remarries, her new husband Edward (Darren Boyd) sends him away to work in his bottle-making factory in London.

When news of his mother’s death reaches him, now a young man, David (Dev Patel) goes to live with his former housekeeper, in a converted upturned boat on the beach.

During a turbulent young life, he also spends some time living with his eccentric aunt Betsey Trotwood (Tilda Swinton), has a spell at university, where he’s led astray by a posh friend Steerforth (Aneurin Barnard) and marries the dog-loving daughter of his first boss, Dora (Morfydd Clark – again).

But while things seem to be going well enough for David, life starts getting difficult for many of those closest to him. And when the finger starts to point to the social climber Uriah Heep (Ben Whishaw), David begins to reassess his life.

It’s a little difficult to know quite what to make of Armando Iannucci’s adaptation one of Charles Dickens’ best known works.

Originally written as an episodic novel – in monthly instalments – there’s not much of a coherent narrative to David Copperfield’s young life – we spend some time with him here and then a bit more time with him there – each period of his life is a little self-contained tale of woe and self-improvement – each populated by its own cast of eccentric characters – many of whom pop up again in other segments – but there’s no overall story arc.

Bristling with boundless energy and striking sets and costumes, this is a Dickens adaptation that has no problem bursting off the screen. The cast look like they’re having a great time; it was clearly a lot of fun to make – and is certainly a lot of fun to watch – but oddly, it’s not very emotionally engaging, charming as Dev Patel is.

The mood is lifted further by occasional Iannucci flourishes that almost catch you off guard, making moments feel more like contemporary comedy than a period piece.

Its weakness is probably a combination of the lack of a plot and a paucity of reality to grasp onto; there’s no sense at the start where this character is heading, making it feel like Dickens was making it up as he was going along, rather than heading for a particular destination – there are even different antagonists at different stages in the film. And while the supporting characters are entertaining, their inconsistent eccentricities make it hard to believe in them, in what’s being presented as a world that’s grounded in reality, rather than fantasy and their traits are often irrelevant to what else is going on, thereby detracting from rather than adding to the experience.

Another talking point is the “colour-blind” casting – which works perfectly in the case of Dev Patel, who’s as confident as he is comfortable inside the skin of the eponymous writer at the heart of the film – but less well in the case of Betsey Trotwood’s Chinese lawyer’s black daughter; it is, of course, true that Dickens didn’t specify the ethnic backgrounds of these fictitious characters, but an artist should still be trying to create a world that makes sense in its own terms.

The Personal History of David Copperfield is perhaps the most entertaining film you’ll see in which you won’t care about or believe in almost any of the characters. Perhaps, oddly, for a literary adaptation, the failings are with Dickens rather than with Iannucci.