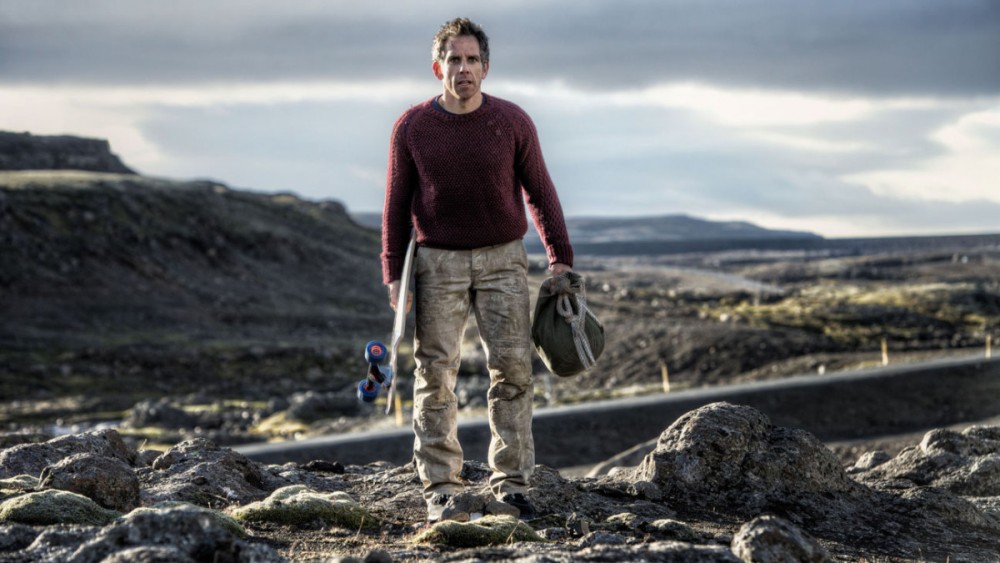 Walter Mitty (Ben Stiller) is in charge of all the photo negatives that come into Life Magazine in New York. He spends his whole working life in the negative library and most of the rest of his lonely life daydreaming.

He admires colleague Cheryl (Kristen Wiig) from afar and when he overhears that she’s on a dating website, he signs up, in the hope of setting up a meeting. When he realises that his profile is somewhat uninspiring, his daydreaming kicks in, as he imagines the kind of past experiences that might attract a woman.

To add to his insecurity, the staff at the magazine are facing big cuts as the new owners are about to scrap the print version. When the interim boss (Adam Scott) finds out that the magazine’s favourite photographer Sean O’Connell (Sean Penn) has entrusted the perfect negative for the final front cover to Walter, he starts to show an interest in the daydreaming worker bee.

But the negative has disappeared and if he doesn’t find it, Walter knows that he’s out of a job. This is no time for daydreaming. He needs to set off on a real-life epic adventure to find the mystery negative and try to win the heart of his paramour in the process.

Ben Stiller’s film shares little with the 1939 short story of the same name by James Thurber, other than the fact that the central character is called Walter Mitty and is a bit of a nobody who indulges in a spot of heroic daydreaming.

He brings the notion into the 21st Century by using internet dating and the death throes of the print media as catalysts for some of his protagonist’s wilder self-aggrandising imaginings.

But the story itself bears little resemblance to the origins of the character and, in a sense, makes the film feel a little like it’s trying to be a high-concept romantic comedy about a hapless guy who’s too shy to approach the girl of his dreams. This is certainly the impression you would get from its trailer – and its provenance (previous films directed by and starring Ben Stiller include Zoolander, while Kristen Wiig is best known for Bridesmaids), but if that’s what you’re expecting, or indeed hoping for, you might be surprised or disappointed.

While there are humorous moments, the overall tone of the film is quite melancholy – it’s about a nobody who’s about to lose his job – although it’s presented as a feel-good, inspirational movie, making the mood feel uneven.

Kristen Wiig’s Cheryl sums up what the film appears to think it’s about as she tells Walter “Life is about courage and going into the unknown,” as he considers setting off on the adventure that will change his life. But in truth, if this is meant to be the message of the film, it doesn’t stand up to much scrutiny. The reason for his journey seems somewhat bogus and he develops the relationship he’s been craving before he heads off into the unknown. And the way the rather incoherent narrative finally resolves itself is less to do with his own endeavours than luck and coincidence.

One of the film’s strongest points is, as you’d expect, that it’s thematically imaginative and visually interesting. And while it feels somewhat false, it is ultimately tremendously uplifting.

But disappointingly, once Walter’s big adventure begins, there’s no more need for daydreaming, so while it’s entertainingly surreal and out-of-the-ordinary, it’s nothing like as spectacular as the earlier sequences.