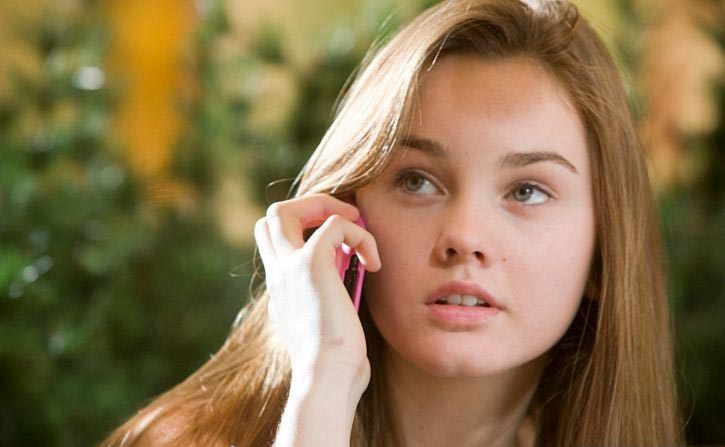 For her fourteenth birthday, Chicago schoolgirl Annie (Liana Liberato) gets a new laptop from Mum and Dad (Catherine Keener and Clive Owen).

Before long, she’s met young Charlie in a chat-room – they really hit it off, not least because of their shared interest in school sports.

Before they get in too deep, Charlie has a confession to make – he’s actually 20. Annie is shocked and takes a while to forgive his deceit, but they’ve really got something going here, so she’s prepared to give him another chance.

When he eventually persuades her to meet up, it turns out he’s even older than that, but his grooming continues – and succeeds.

When the story gets out, the FBI move in to try to catch a paedophile, while Annie’s youthful naivety continues to allow her to believe that Charlie really loved her but has been forced to leave her by the unwanted attention of the authorities.

As the search for Charlie continues, it’s Annie’s relationships with her doting father and supportive best-friend that begin to suffer and the stress puts a tremendous strain on her parents’ marriage too.

This is about as far from the kind of film you’d expect to be directed by David Schwimmer – yes, the geeky Friend – especially after his last big screen directorial outing, the disappointing Run Fatboy Run.

Rightfully, for the subject matter, eschewing any attempt at humour, Schwimmer handles a controversial subject with skill and sensitivity, aided immensely by heart-breaking performances, particularly from Liana Liberato and Clive Owen.

As a British presence in an otherwise low-budget American independent movie, Owen fits comfortably and his growing obsessive vigilantism is shocking, but understandable. Fifteen year old Liberato delivers an astonishingly mature turn, portraying innocence through to horrific realisation, through senses of isolation, betrayal and unwanted attention.

Seeing Annie reject her father for frightening off the first man who’s ever loved her feels painfully real – and really painful.

The script, too, has some delightful flourishes – including Owen’s views of his daughter’s predicament being viewed through the eyes of a boss (Noah Emmerich) who has a taste for younger women.

There are a handful of moments where the drama is taken a little over the top – Owen’s reaction to a neighbourhood child molester feels a little arch, although that character’s response certainly rings true.

The denouement is particularly refreshing for a film of this type – with a sour taste even more embittered by an end-credit sequence that doesn’t come as too much of a surprise, but effectively – if heavily – highlights one of the most shocking traits of many such offenders.

It’s not always an easy watch as it truly questions who you can – and should – trust, this film is a powerful and profound drama that – at its heart – is more about interfamilial relationships than the brutality of the invasion of the outsider.

Liberato has a promising career ahead of her – and Schwimmer turns out to be a director worth watching after all.