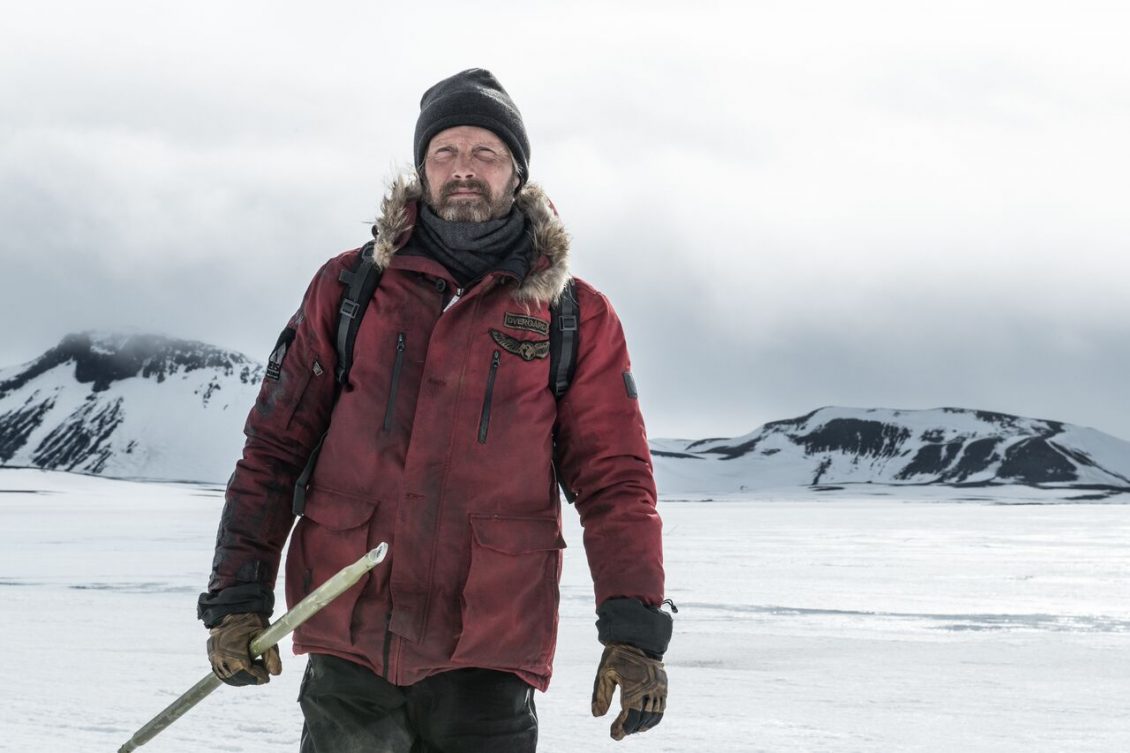 Overgård (Mads Mikkelsen) has survived a plane crash in the Arctic. Alone.

As the time passes, he has to become increasingly innovative to find food, keep warm and fight off predators to survive.

Becoming increasingly desperate, he has to make the decision; does he stand more chance of survival if he waits for someone to find him or if he sets out – across the most inhospitable wilderness on the plant – in search of help?

When writer-director Joe Penna first conceived this film, the plan was for the central character to crash on Mars – but then The Martian came out. After some thought, he switched it to the Arctic in a bold move that adds an all the more frightening sense of reality to this dramatic tale of survival.

This gripping portrayal of an attempt to survive is like an icy version of Robert Redford’s All Is Lost and joins the cannon of “trying to get to safety against the odds” films including Gravity and 127 Hours.

And the odds really are stacked against our protagonist, who can’t even decide whether he’s more likely to make it if he waits in the relative comfort of his plane wreck for help to arrive or whether he should pack up what he can drag and walk back to civilisation.

Even with his face covered by fur – his own or his clothes’ – Mads Mikkelsen radiates the intensity he delivered in films such as The Hunt.

With precision directing, Joe Penna effectively paints a picture of determination and resourcefulness as Mikkelsen’s hope alternates with despair in this tense battle between one man and the desolate white wilderness, one of the most inhospitable parts of the world.