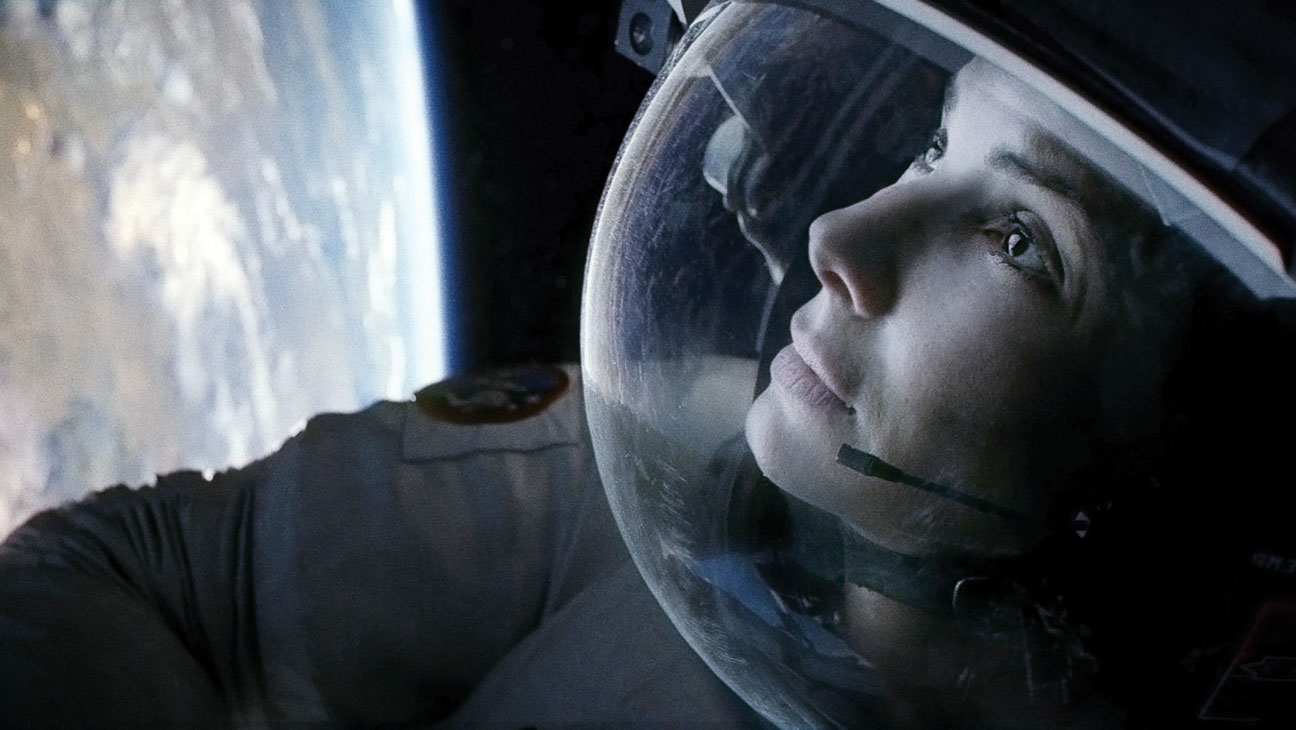 When Mission Control warns them that debris is flying towards them from a Russian satellite, Kowalski urges Stone to seek shelter inside, but she’s determined to get one more measurement, so Kowalski stays outside to keen an eye on her.

As the debris arrives, the pair dart out of the way, trying to find shelter behind the shuttle, but the speeding shards of metal cut through everything that gets in their way, including their colleague and the shuttle itself, leaving the pair alone in space, with a dwindling oxygen supply and no way of getting back to Earth.

Just weeks after Captain Phillips delivered what seemed like it would be the most exciting film of the year, the Y Tu Mamá También and Harry Potter and the Prisoner of Azkaban director Alfonso Cuarón has broken the mould with a film that will have you rocking back and forth and side to side, as Sandra Bullock and George Clooney fly around in space, tethered only to each other, trying to avoid the Russian satellite debris that’s orbiting the Earth, every 90 minutes.

From the second you strap yourself in until the moment you stagger out of the cinema, a trim hour and a half later, you’ll be treated to a mind-blowing spectacle.

One of the delightful things about this film is its shameless simplicity. The plot is almost negligible; two astronauts get stranded in space. The characters are paper thin; two astronauts, a rookie and a veteran, with almost no mention made of their lives back on Earth.

How then have the team produced such a phenomenally successful piece of entertainment, with almost no plot or character? It’s the visual experience. More than a century after the invention of the medium, this is the film that cinema has been waiting for. Seeing it on a big screen, in 3D, you’ll feel like you, too, are in space, floating around helplessly, with the safety of home, spinning slowly, hundreds of miles below.

Even in its quieter moments, the imagery is powerful and the performances pitch-perfect.

There are a handful of scientific irregularities and it’s certainly not a film that will teach you much about the human condition, other than that we have a will to survive. But while it has little to add exercise the grey matter, it’s such an enthralling experience, it would be churlish to deny how hugely entertaining it is. Ordinarily, the simplicity of its narrative could be viewed as a weakness, but with a basic tale, told in a concise hour and a half, Cuarón & Co managed to milk the subject for almost as much as it’s worth, just managing to leave us wanting more. Or at the very least, to watch it all again.

From the point of view of audience enjoyment and cinematic accomplishment, Gravity is unlikely to be beaten this year – or possibly for years.

One of the few films that lives up to the hype, you’ll need a seatbelt for this thrilling experience, fittingly lifted by 3D effects that have been praised by Avatar’s James Cameron himself.

There are thematic similarities with the upcoming All Is Lost, in which Robert Redford plays a lone sailor, stranded in the Indian Ocean when his yacht is holed. That film is more modest, but no less accomplished, with mankind pitted against nature – with all the tools film has to bring the adventure to life.