While everyone from politicians and journalists to low-income families and buy-to-let landlords are considering the implications of the Chancellor George Osborne’s Spending Review, few people – apart from those in the arts – have paid much attention to the effect his plans will have on Britain’s cultural arenas.

The effect of his settlement for the Department of Culture, Media and Sport includes – surprisingly – more money Arts Council England and national museums and galleries, partly funded by a big cut in the administration costs of DCMS. The Culture Secretary John Whittingdale has said it’s “great news” that arts, culture and sports have been – in his words – protected, but some arts organisations have expressed concern for venues run by local authorities, who’ve suffered bigger cuts to their budgets. 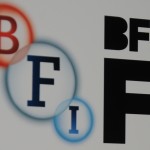 The BFI will see an 8% cut to its Grant-in-Aid over the next four years, which amounts to a £1.34 million cut between now and the end of this Parliament. Its lottery revenues  will remain unchanged. The figure is lower than many people had expected for the main public funding body for British film; in Mr Osborne’s previous Spending Review, in 2010, the BFI’s Grant-in-Aid budget was cut by 15%, and its settlement for the current tax year, about £20 million, was a cut on 10% from last year.

The chief executive of the BFI, Amanda Nevill, said it was a better than anticipated result for UK film in a challenging financial environment. She said it demonstrated the Government’s continuing support for a sector that makes “such a valuable cultural and economic contribution.” “This settlement is testament to the hard work of a Secretary of State and his Ministerial team who are committed to the future of British film and the jobs and growth that the screen industries bring to the UK,” she added.