This year’s London Film Festival has to be the most unusual to date, with many features being screened virtually for the first time, courtesy of the pandemic. Our reviewer Maria Duarte has been watching this year’s selection from home and tells us What’s Worth Seeing when it’s widely available. 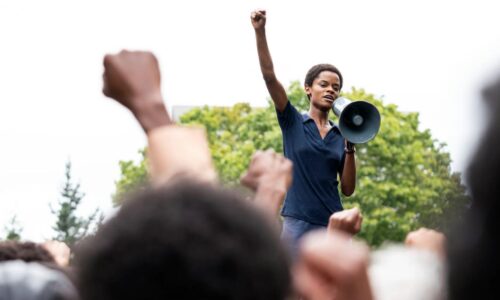 As well as largely being available online, the festival has gone a step further in blurring the lines between the big and small screen with Steve McQueen’s powerful and rousing drama Mangrove, which opened the 64th LFF. It is one of five films in his Small Axe anthology, based on the real life experiences of London’s West Indian community, which are to be shown on the BBC next month.

Set in the late ’60s and early ’70s in London’s Notting Hill, Mangrove follows the true story of the Mangrove Nine who clashed with the Metropolitan police during a demonstration in 1970 against police harassment and brutality. What follows is a stirring and moving depiction of the 55 day long, unprecedented trial they faced at the Old Bailey, which was reserved for treason and high profile murder cases and which made history when the judge decreed that the Met police had been motivated by racial hatred. 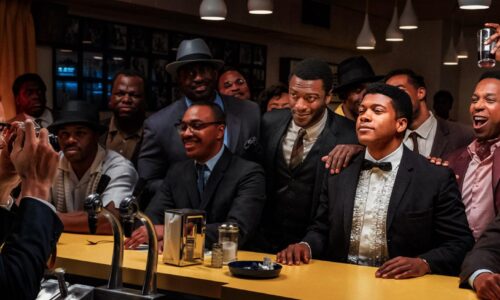 ONE NIGHT IN MIAMI

The issue of racism is also explored in actor-turned-director Regina King’s impressive debut feature, One Night in Miami, which is based on the award winning stage play by Kemp Powers, who also wrote the screenplay. It centres on a fictional account of an imagined meeting of minds between Mohammed Ali (Eli Goree), Malcolm X (Kingsley Ben-Adir), Sam Cooke (Leslie Odom Jr) and Jim Brown (Aldis Hodge), straight after 22 year old boxer Ali’s historic 1964 victory against Sonny Liston. The four legends discuss their roles within the civil rights movement as the compelling drama examines the personal and political conflicts faced by each one of them.

Harry Macqueen’s Supernova is a quietly powerful and deeply affecting exploration of dementia and its devastating effects. It is driven by exquisite performances from Stanley Tucci and Colin Firth as Tusker and Sam who have been together for more than twenty years and who embark on a final road trip across England to see family and friends. Tusker’s early onset dementia is advancing fast and the film paints a heartbreaking picture of two people who are finding it impossible to face up to the realities of losing their soulmate. 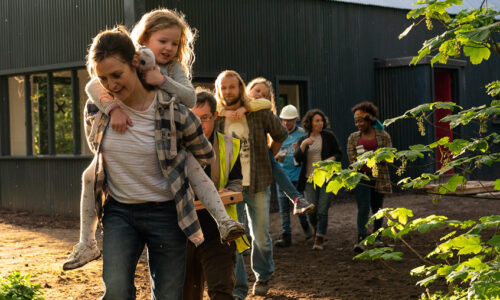 Herself is an empowering story of survival and women supporting each other in their hour of need. It follows a young Dublin mother of two (Clare Dunne) who, after escaping her abusive husband and being let down by the system, decides to build her own home with the help of her employer (a marvelous Harriet Walter) and a group of female friends. Although it seems a little far-fetched, under Phyllida Lloyd’s skilled direction, first time screenwriter Dunne delivers a complex and nuanced drama which is both dark and uplifting. It is driven home by a compelling performance from Dunne herself as Sandra, who decides to fight back against the injustice of a system which is rigged against her. 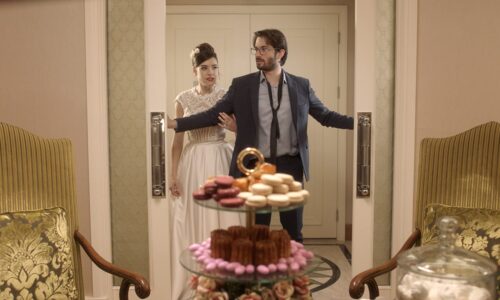 Honeymood is a surreal comedy drama about two newly-weds whose wedding night turns into their worst nightmare when they feud over the discovery of a ring from the groom’s ex girlfriend. The happy couple (played brilliantly by Avigail Harari and Ran Danker) end up roaming the streets of Jerusalem all night, on a quest to return the gift to its owner. Writer-director Talya Lavie’s wonderfully grafted goof-ball comedy of errors is a delicious examination of relationships and how people should be honest with each other and not discover any nasty surprises or that they have made the biggest mistake of their lives on their wedding night.