It’s been a long, hard slog for the film industry, and finally, one by one, the world’s biggest film festivals are returning to their full-scale, in-person, pre-pandemic form, and after the recent return of Venice and Toronto to their former glory, it’s London’s turn to take the spotlight. 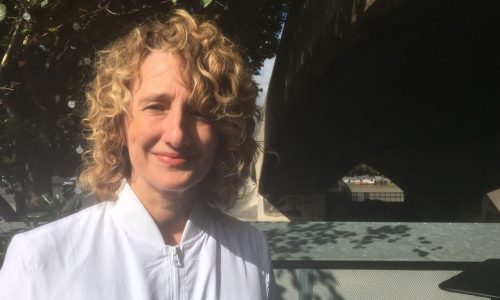 The programmers are also expanding their Immersive and Extended Reality offering, as well as hosting a range of in-depth star interviews, panel discussions and free events, including an animation workshop for under 12s and a range of short films available for anyone to watch online.

As well as the gala screenings of higher profile films, the festival has a competitive strand, which aims to encourage audiences to experiment with a broader range of styles from around the world. When we met her at BFI Southbank, the head of the festival, Tricia Tuttle, said, “For general audiences, who might not be cinephiles, we want to create a Trojan Horse into international cinema.”

We asked her for her five top tips on What’s Worth Seeing at this year’s festival, and unsurprisingly, with so many to choose from, she found it hard to narrow it down. Two of the official competition selection, Alice Diop’s Saint Omer and Santiago Mitre’s Argentina 1985, were near the top of her list, and she also wanted to highlight one of the most politically relevant films of this year’s selection, She Said, which follows two journalists who exposed the sex allegations against the disgraced film mogul Harvey Weinstein and the structures of power that protect him for so long.

For her top recommendations, Tricia chose five films that she described as “a little bit off radar.” 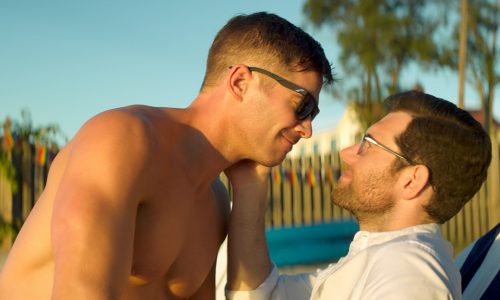 “It’s a late edition to the festival and it’s going to be one of the crowd-pleasers. It’s very much in the Nora Ephron, You’ve Got Mail school of rom-coms. It’s fabulous and so much fun. Everybody’s going to love it. It’s very funny, really engaging and this year is such a dark year, in lots of ways, so this is one of the few lighter moments in the festival.” 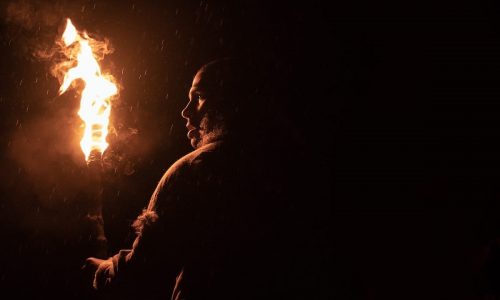 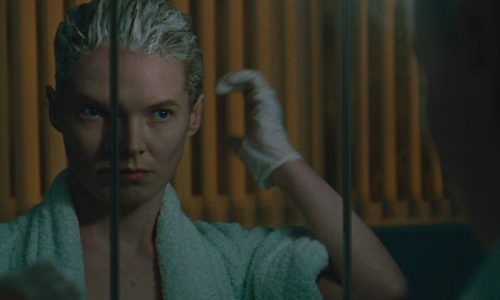 BLUE JEAN (UK), by Georgia Oakley, is described as a “quiet and soulful drama,” in which a closeted PE teacher reckons with her identity amid stigmatising laws in Thatcherite Britain.

“It’s an incredible British debut from a film-maker called Georgia Oakley, who was one of our BFI Flare LGBTQI+ mentees. It’s set in 1980s Newcastle and it’s the story of a PE teacher in Thatcher’s Britain, where you weren’t allowed to teach or talk about or be out as a teacher if you were queer, because of Section 28. She’s a PE teacher, who’s a lesbian and has a double life – her life in school and her life within a very vibrant queer community – and one of her students spots her out and it’s about the challenges around that. It’s a really beautifully made film.” 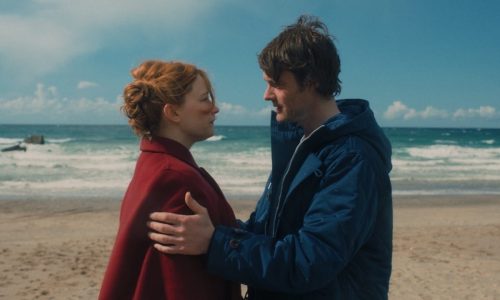 SHE IS LOVE (UK), by Jamie Adams, provides a showcase for Sam Riley and Haley Bennett to shine as estranged lovers meeting a decade after their split, in what the LFF says is an “intense and involving drama.”

“This is from Jamie Adams, who’s very prolific but has a very interesting way of making his films. He starts off with what he calls a script-let, in the Mumblecore style, and takes the script-let to the actors, and then they work together to improvise and develop the characters and the story. And this stars Sam Riley and Haley Bennett as a couple who have been separated for many, many years and are thrown back together for a couple of nights in a country retreat. It’s just great acting, you don’t always like the characters but  there’s something very credible and convincing about them; it’s a terrific performance from both of them. It’s a really poignant, interesting, British fiction film.” 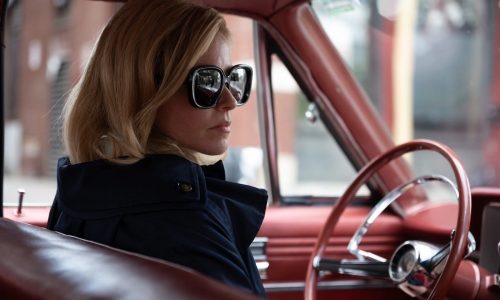 CALL JANE (UK), by Phyllis Nagy, depicts a key moment in the history of the American women’s movement, before a ground-breaking Supreme Court ruling allowed widespread abortions – a decision that has recently been overturned.

“This is another debut film – from Phyllis Nagy, the writer of Carol. This is very topical. It’s set pre Roe-vs-Wade in the United States. It’s about an underground group of women who support other women to have pregnancy terminations and it feels so topical now. It stars Elizabeth Banks and she’s going to be coming to the festival with Phyllis. It feels more urgent than I would’ve expected it to when I saw it earlier in the year. Great drama.”