A stage adaptation of Life of Pi and a revival of the musical Cabaret have dominated the Olivier Awards, which recognise the best in West End Theatre. 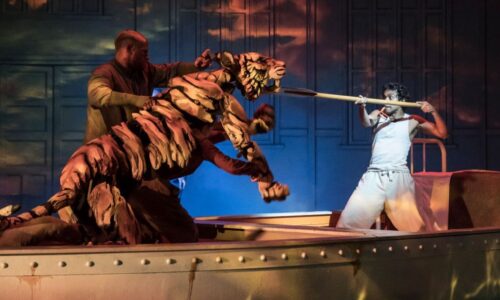 The biggest stars of the stage gathered at the Royal Albert Hall for a ceremony to recognise one of the industries hardest hit by closures during the pandemic.

Yann Martel’s novel Life of Pi was turned into an Oscar-winning film ten years ago and now a stage adaptation has been named the Best New Play at the Oliviers.

Its star Hiran Abeysekera was named the Best Actor and the Best Supporting Actor prize was shared by the seven actors who operate the tiger puppet. It also won awards for set design and lighting design. 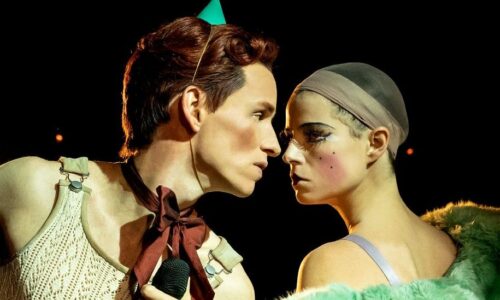 Cabaret was named the Best Musical Revival and won best director for Rebecca Frecknall. It also won a clean sweep of the acting awards for the musical category, with Eddie Redmayne, Jessie Buckley, Elliot Levey and Liza Sadovy all taking home prizes. Accepting the award for the Best Actor in a Musical for playing the show’s Emcee, Redmayne said, “This was the part that I played when I was a kid in school. It was the thing that got my passion for theatre really fuelled.”

The Best Revival was Constellations, whose star Sheila Atim was named the Best Actress. The Best Supporting Actress prize went to Liz Carr, for The Normal Heart.

The award for the Best Entertainment or Comedy play went to Pride and Prejudice* (*Sort Of) and Back To The Future was named the Best New Musical. It’s producer Colin Ingram said, “It’s been a hell of a year.”

The ceremony – organised by the Society of London Theatre – included a number of live performances, from casts of shows including Back to the Future, Life of Pi and Frozen – and tributes were paid to industry figures who’ve died since the last awards, two years ago, including Sir Antony Sher, Stephen Sondheim, Christopher Plummer and Dame Barbara Windsor.

In addition to the higher profile awards, a number of prizes were handed out in technical categories. Here is the full list of winners:

Best new musical – Back to the Future: The Musical

Best entertainment or comedy play – Pride and Prejudice* (*Sort Of)

Best actor in a musical – Eddie Redmayne for Cabaret

Best actress in a musical – Jessie Buckley for Cabaret

Best supporting actor in a musical – Elliot Levey for Cabaret

Best supporting actress in a musical – Liza Sadovy for Cabaret

Best original score or orchestration – Simon Hale for Get Up, Stand Up! The Bob Marley Musical