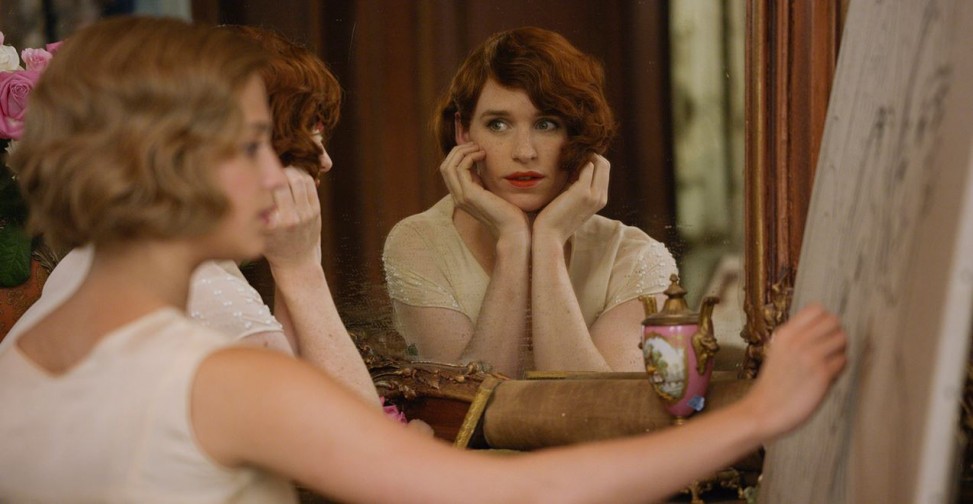 In the years after the First World War, Danish artist Einar Wegener (Eddie Redmayne) was highly respected among the country’s cultural elite. His wife, Gerda Gottlieb (Alicia Vikander), was also an artist, but found it harder to be taken seriously.

When one of her models fails to show up one day, with a deadline approaching, Gerda asks Einar to put on a pair of stockings and shoes and hold a dress against his body, so that she can make progress with the painting, but this awakens feelings inside him that he doesn’t understand.

Before long, he’s dressing as a woman and accompanying Gerda to events, pretending to be his own fictitious sister, and she’s finally earning respect as an artist with a new series of paintings of a mysterious woman – who turns out to be Einar, dressed as a woman the pair call Lili.

But soon, Einar reaches a point where he realises that just dressing as Lili isn’t enough.

He feels like a woman – he wants to be a woman – and a pioneering gynaecologist in Germany, Dr Warnekros (Sebastian Koch),  offers him the chance to turn his dream into reality.

It’s a brave studio that puts money behind a film about one of the first men to go through sex reassignment surgery; while the story is undoubtedly worthy – and even topical, with such high profile figures as the British boxing promoter Frank Maloney and American Olympic champion Bruce Jenner having made the transition in the past year or two – it’s not the most mainstream-friendly subject matter.

So casting the Oscar-winning Eddie Redmayne in the lead role was an important creative decision for the producers. There’s been criticism from some within the transgender community, who believe a trans actor should have been cast, but this is to ignore the fact that what actors do is play other people – different people. Casting only gay actors to play gay characters, Jewish actors to play Jewish characters or army veterans to play army veterans, for example, would be every bit as nonsensical as demanding that a trans actor play a trans character – not least because at the start of the film, Einar is a man and at the end, Lili is a woman, so is their suggestion that the actor should be undergoing a transition during the course of the shoot? Having said that, just as it is an actors job to act, it’s a campaigners job to campaign.

But for a subject matter that is clearly psychologically complex, it felt like the film-makers were being somewhat simplistic in their portrayal of Einar’s inner turmoil. From the beginning of the film, even before we first see him wearing a dress, the suggestion is that any man who likes feeling women’s clothes – whether touching them on a rail or indeed wearing them – wants to be a woman.

With this in mind, you certainly accept that Einar likes to dress in women’s clothes, but you don’t really get a sense of his yearning to be a woman – the jump from one to the other is too great and can’t just be assumed if the audience is to identify with his plight.

Among the main supporting characters, Alicia Vikander’s Gerda is more convincing, as she struggles to come to terms with her changing relationship with her husband. The go-to European Matthias Schoenaerts, as a friend of the couple, does the best with the material he’s given, but his character’s arc feels considerably less believable than it presumably was in reality. And the go-to German Sebastian Koch, most recently seen on the big screen in Bridge of Spies and the small screen in Homeland, is given similarly little to do, as the main who – according to this narrative – makes everything possible. And the omnipresent Ben Whishaw is not at his best, quite possibly because his character feels underwritten.

One of the most interesting ideas explored in the script is how early twentieth century society dealt with gender dysphoria, but even here, it feels like a far more broad-brushed approach than the more nuanced reality.

Furthermore, the leaden script is full of line after line that’s weighed down with sub-text, sign-posting things to come.

Perhaps a reason for the clunky script and unconvincing character arcs is because the writers have had to squeeze the real events into a much shorter time-line; in reality Einar had been married to Gerde and living as a woman for longer than suggested here, and compressing the chronology of the film makes it feel rushed.

The Danish Girl is a particular disappointment, coming from Tom Hooper, the director behind The King’s Speech and Les Misérables, and the man who so convincingly brought the young Stephen Hawking to life, just last year. It is, as you’d expect from a big budget period drama, beautifully shot with authentic-looking sets and costumes that immerse you in the period, but too much of the characterisation is unconvincing and the narrative fails to emotionally engage the audience.