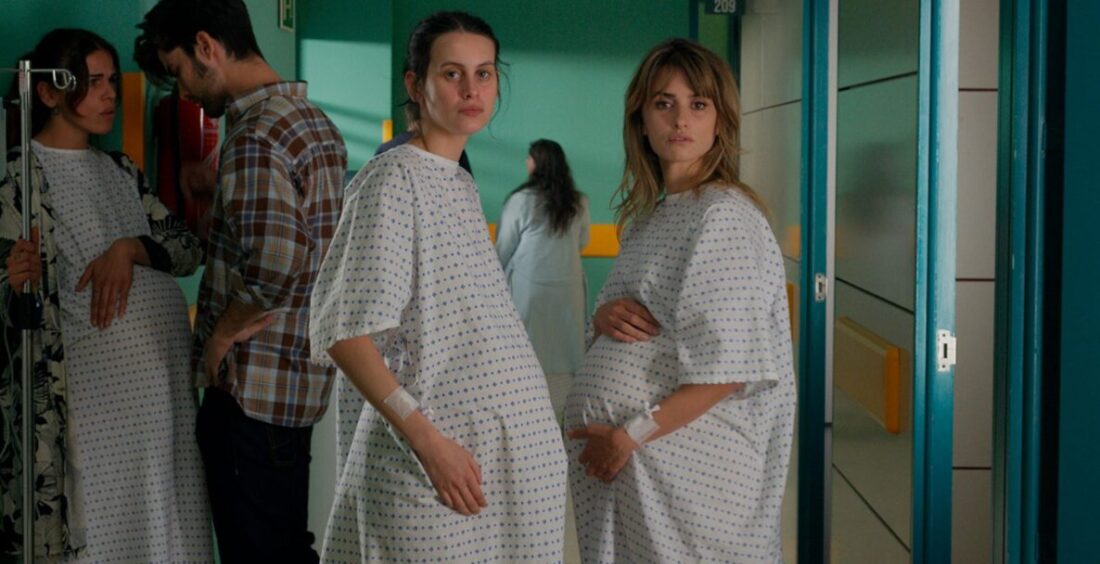 She wants him to help her exhume a mass grave where her grandfather and his fellow villagers were abandoned by the Falangists during Spain’s Civil War. As they meet to discuss this, it’s clear that’s not all she wants from him.

Soon, she discovers she’s pregnant, and then that he’s married.

In hospital, waiting to have the baby, Janis gets chatting to a teenager, Ana (Milena Smit), who’s also about to become a single mother.

The bond they develop in the recovery room will define their lives forever, as each woman starts her own journey of motherhood.

This latest narratively complex drama from the prolific Spanish auteur Pedro Almodóvar isn’t so much about Parallel Mothers as parallel stories; the lifelines of the two mothers are more tangled than parallel, while there’s another story about reparations for the suffering of the Spanish Civil War, not so much running alongside it as bracketing it at the start and finish.

As such, it almost seems like a wasted opportunity; he’s squeezed what could potentially have been two fascinating films into one mediocre one. A lot more attention is paid to the tale of the mothers and how their children tie them together in ways neither would previously have imagined. But the struggle for justice, generations after the Civil War almost seems shoe-horned in. There’s another film there, thrown away on a handful of scenes that don’t particularly run parallel to the main story.

To squeeze two films into one, Almodóvar sometimes has to resort to cinematic shorthand, nudging one plot or the other forwards somewhat conveniently by a conversation or assumption, but with so much going on in a single film, you can almost excuse a little clunkiness for the sake of clarity.

There are some parts of the mystery that you can easily see coming down the track but the journey isn’t always as smooth as it might be, and the motivation of the key characters isn’t always clear or convincing, not least the development of an unconventional family unit.

Penélope Cruz is the brightest star, as she radiates her maternal instincts and strives for political justice with equal determination. Milena Smit forms the other half of a bright binary star, around which to build the eponymous storyline, with Rossy de Palma and Aitana Sánchez-Gijón providing useful support as Janis’s publisher best friend and Ana’s actress mother respectively. Israel Elejalde’s Arturo is a little earnest and feels less comfortable than Cruz, flitting between the two parallel stories.

While some of the details seem rather arch, you feel a bit like you’ve been flipping back and forth between two TV channels that are showing different films with the same cast and when you get to the end, you don’t feel that you’ve missed anything – although you do feel it might have been more rewarding and enlightening to have had these two narratives running end-to-end, rather than in parallel.

It’s difficult to decide whether Almodóvar has been ambitious – and slightly overshot his target – or complacent – and fallen a little short.