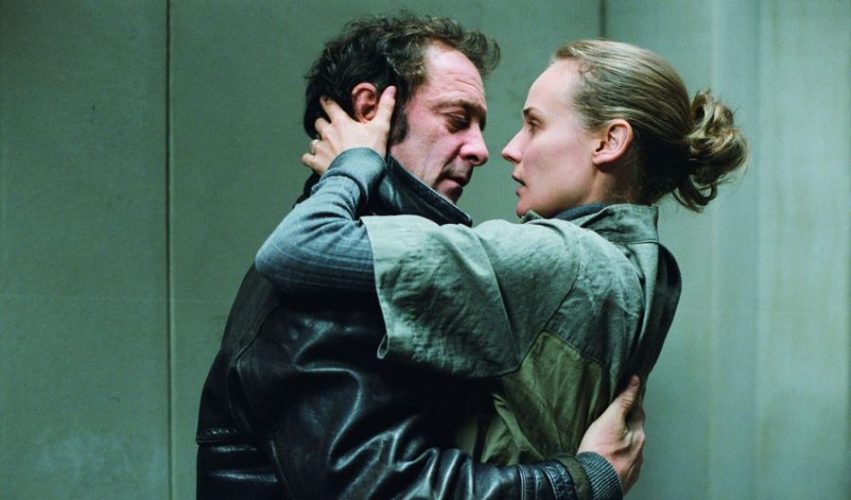 Getting ready to go out, Lisa pulls a coat out of the cupboard and finds a red stain on the collar. Thinking nothing of it, she rinses it.

Before she gets to the door, police have burst in and arrested her for a brutal murder.

The steam-roller of a legal system ensures that before long, Lisa is condemned to a lengthy jail sentence and any chance of an early release disappears with a failed appeal.

Julien can’t bear the idea of being without his wife – bringing up his son without a mother – and as the title suggests, he’d do “anything for her.” With all legal avenues closed behind him, Julien defies the placid demeanour that comes with his teacher status by plotting to break her out of prison – and out of the country.

This is a starkly bleak, tough and humourless legal thriller that wastes no time diving headlong into its fast-moving storyline.

What’s refreshing about this film is its nihilism. Whereas most movies about miscarriages of justice follow the characters as they strive to prove their innocence, this one throws out all hope early on and concentrates instead on the attempt by its main character – the victim’s husband – to subvert the law himself.

Something that adds further interest to Julien’s journey is the fact that it’s real fish-out-of-water territory – driven to desperation by a legal system that can’t be trusted, an everyman school-teacher finds himself cavorting with underworld figures including crooked bookmakers, arms dealers and drugs barons in his attempts to break his innocent wife out of prison.

This is almost entirely centred on Julien, with Lindon succeeding in carrying the film on his shoulders – but Kruger’s performance is not without its merits too. After her initial shock and confusion at being arrested, she doesn’t really have much to do, other than act passive as prison life goes on around her and her despair, as she sees her son lose interest in her, is palpable.

For the actors it’s one of those tough films where the leading characters are forced mainly to play alone, being kept apart by a catalogue of frustration.

But both alone and together, their strong performances help first time director Cavayé, get his vision across, complex and not entirely consistent as it is. It’s a good effort, and it really gets you thinking “what would I do?” but his story isn’t always entirely believable, feeling more than a little far-fetched and there are rather too many convenient coincidences but these are mostly outweighed by some terrifically subtle touches – a corny “poor relationship” between Julien and his father turns out to have satisfyingly dramatic consequences.

And a cameo from Olivier Marchal provides an added nod to those in the know – in real life, he’s a former police officer who wrote and directed the tough police drama 36 Quai des Orfèvres, here providing Julien with all the information he needs to start his one-man campaign to beat the failed justice system.