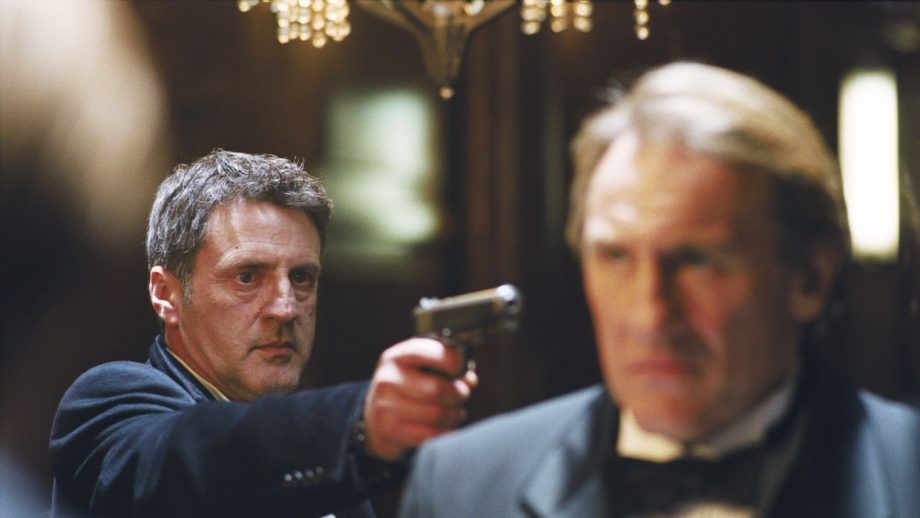 Leo Vrinks (Daniel Auteuil) and Denis Klein (Gé rard Depardieu), once close friends, are now bitter rivals in the French force. The Parisian police are
frustrated by a gang committing a series of violent robberies.

The out-going Chief of Police (André Dussollier) tells Vrinks and Klein that whoever catches the gang will replace him as the head of the police force.

The competition between the two men becomes fierce and the lines between right and wrong becomes increasingly blurred.

Based on the life of Dominique Loiseau, a senior member of the BRI (Search and Action Squad) and drawing on the experiences of director Olivier Marchal, a former Parisian policeman, this is a really powerful and gritty police drama/thriller.

It’s also a fierce and non stop battle between Auteuil and Depardieu as to who steals the film.

They’re the French equivalent of Pacino and De Niro and a pleasure to watch in full throttle.

It’s a roller coaster ride but only the French can take you through such an exciting range of emotions with such style and panache and without going over the top on
the sentimentality.

Beautifully acted and exquisitely shot this is the modern day French equivalent of The Sweeney and a must see movie.