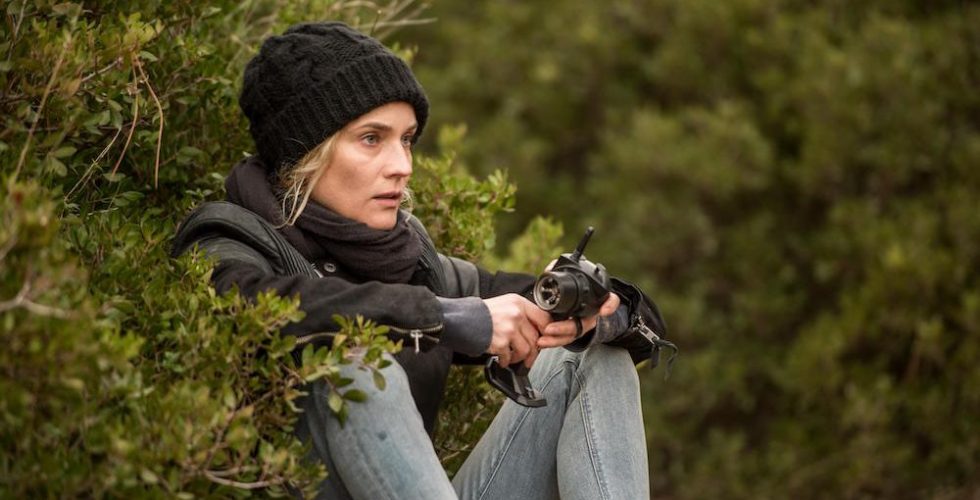 It’s a day like any other in Hamburg. Katja (Diane Kruger) has just dropped her son off at her Turkish-born husband’s (Numan Acar) office.

After she leaves the building, it blows up. Her husband and son are dead.

First, the film follows the police investigation of what it turns out to be a white-supremacist bombing.

Then, we see the wheels of German justice turning – or not – as a right-wing extremist couple stand trial for the murder.

Finally, angry at the way the case has been handled by the system, Katja sets out to avenge her loss.

More than a year after it premiered at Cannes 2017, deservedly winning Diane Kruger the best actress award, In the Fade has finally reached UK cinemas, with a Golden Globe for Best Foreign Language film under its belt, and it’s been worth the wait.

Turkish-born German director Fatih Akin’s socio-political crime drama is every bit as topical now as it was last year, following the aftermath of a terrorist bombing. Although it’s release comes more than a year after the German chancellor Angela Merkel came under attack at home for allowing more than a million immigrants into her country, it’s still a potent subject, with Donald Trump only recently claiming – despite figures to the contrary – that the increase in the number of foreign arrivals to Germany had increased crime levels there.

This is a powerful and compelling tale of an ordinary woman seeking justice for the murders of her husband and son. It works in terms of its three-part narrative, realistic characterisations, strong performances and a message that’s easy to relate to.

It provides a fascinating and painfully moving insight into the lives of those left behind by terror and, unusually, this tells a story of the muslims being the victims, rather than the perpetrators.

It’s final act teeters on the brink of Hollywood convenience, but take a step back and you’ll enjoy a thoughtful, fatalistic masterpiece that works as both a tense thriller and a social critique.