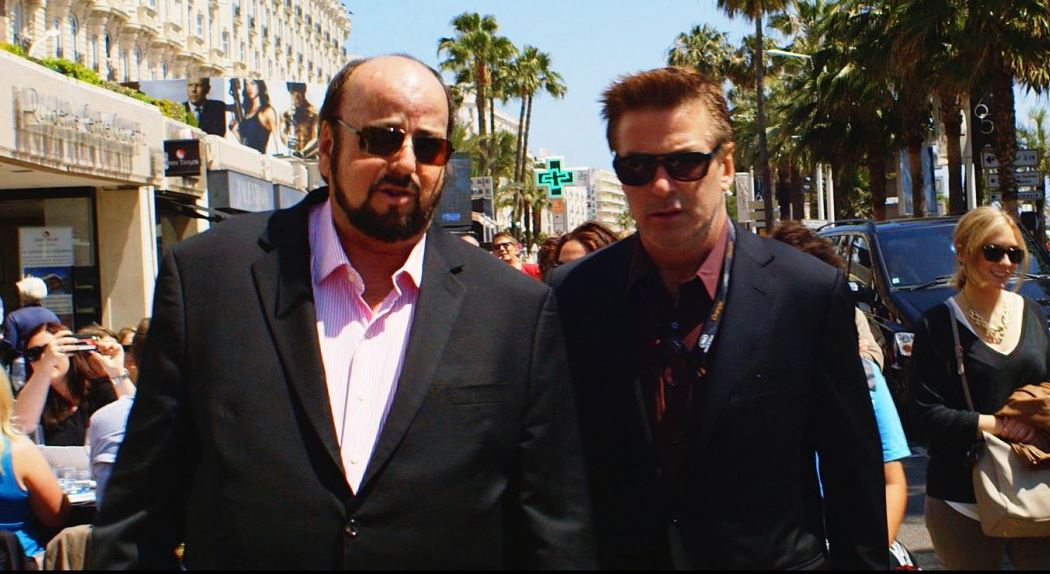 It’s not quite clear what film he wants to make, though, as he seems to be going for a two-for-one deal.

He heads to the Cannes film market with his lead actor Alec Baldwin to try to raise funding for his updating of Bernardo Bertolucci’s Last Tango in Paris, to be set in Iraq, co-starring Neve Campbell.

Up and down the Croisette, Toback and Baldwin round up the views and opinions about the industry in general and his new project in particular from some of the finest directors in film history, the hottest stars in Hollywood and the most powerful money-men in the business.

In so doing, in addition to trying to finance his new project, he’s making a documentary about the process of financing a film.

To get the most out of Seduced and Abandoned, you have to realise that this is not truly a “reality” film about a director and actor trying to fund their next project. It’s really a documentary exploring the engine of the film industry – and in a sense, quite a lazy one, shooting it all at the Cannes film festival, essentially a one-stop-shop for a film of this sort; everyone who’s anyone is in the same place at the same time – which is part of the point Toback is trying to highlight.

The mock project they’re trying to finance is little more than a catalyst for discussion, to demonstrate how the industry works – the potential financiers are happy that there’s sex in this project, but they want guns and action too. And while they say they rate Neve Campbell as an actress, they all note that she doesn’t have what they call “marquee value.” As for Alec Baldwin himself, there’s a consensus that he’s a great star – but a TV star – the point here being that people who can watch him free of charge on TV won’t want to pay to see him in the cinema. There’s general agreement that no-one will stump up more than about 4 or 5 million dollars to make this film, as it is.

Seduced and Abandoned is a slightly messy and slightly self-indulgent exploration of the film industry that truthfully serves little purpose. Toback and Baldwin clearly learn nothing about their business that they don’t already know. In fact, there’s little new or surprising for anyone who knows anything about the industry.

And for those who don’t already know about how the business works – or indeed care – while it’s certainly elucidating, it’s not particularly engaging, firstly because it’s really an insider’s story and secondly, do film goers want to have the process demystified? Doesn’t that take away the magic?

Having said that, although certain cohorts won’t take anything new from this film, it’s no less enjoyable for it. Film-makers will nod with recognition as they recall their own knock-backs or demands for bigger names. Critics will cry vindication when they hear money men and executives declare that marketability is more important than the strength of a script.

And the highlights of the film – the flesh on the skeleton of Toback’s funding charade – are a number of master-classes on the industry – not from Toback or Baldwin but from directors such as Martin Scorsese, Francis Ford Coppola, Roman Polanski and Bernardo Bertolucci, along with actors including Ryan Gosling, Jessica Chastain and James Caan.

Their collective and passionate insights, experiences and wisdom tell industry insiders and outsiders alike far more than Toback, Baldwin and indeed film schools ever could.