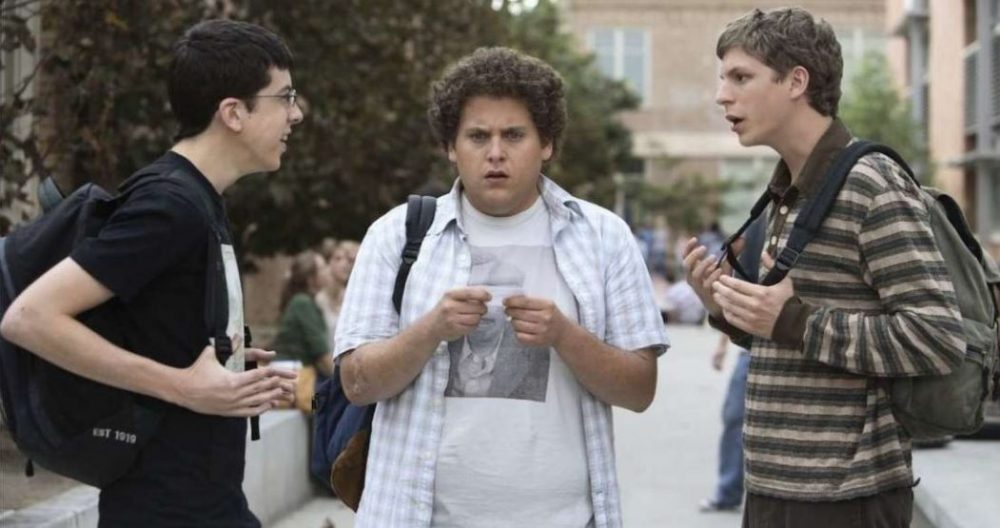 Seth (Jonah Hill) and Evan (Michael Cera) are two socially inept teenaged friends who are about to graduate from high school.

Before going their separate ways for the first time, having been accepted into different colleges, they decide to spend their last night memorably, trying to get to a party to get laid.

If you enjoyed Knocked Up and The 40 Year Old Virgin you will love this. It is from the same film makers, although Judd Apatow is the producer in Superbad.

It’s a hilarious gross out coming-of-age comedy penned by Seth Rogen (Knocked Up) and his best friend Evan Goldberg.

They first wrote it when they were both teenagers and named the two lead characters after themselves. They capture adolescent embarrassment and humiliation to perfection.

Hill (who is almost 24 years old and a year younger than Rogen) is brilliant as the overweight, foul mouthed and sex crazed Seth while Cera is wonderfully shy and reserved and a perfect gentleman as Evan.

They both have great on-screen chemistry. The scene-stealer though is Mintz-Plasse, who was plucked out of high school to play Fogell aka McLovin, the weedy, nerd who follows Seth and Evan around and even they can’t stand.

The only downside are the cops, played by Rogen and Hader, who are completely ridiculous and over the top, drinking and driving and shooting while on duty.

They play them for laughs and at times it’s just not funny.

A rip roaring comedy that will have you in stitches.