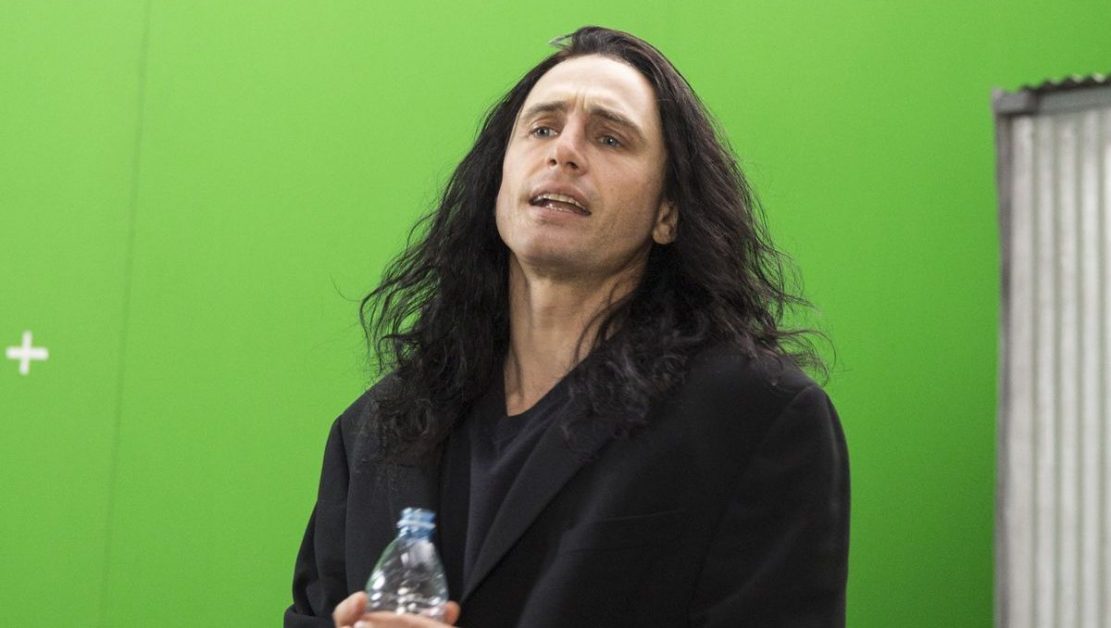 In late 1990s San Francisco, Greg Sestero (Dave Franco) is struggling to find the confidence he needs to be a successful actor. An enigmatic and eccentric loner in his acting class, Tommy Wiseau (James Franco), is able to let go of his inhibitions and let his raw emotions fill the theatre. Desperate to learn how to express himself with such fearless freedom, Greg asks Tommy if they can rehearse a scene together and before long the two of them become friends.

Tommy suggests to Greg that the pair move to Los Angeles to pursue their ambitions. Despite their many setbacks, they won’t give up and pledge to help each other make it. When Greg jokes that they should just make their own film, Tommy has an epiphany. He shuts himself away and produces an original screenplay: The Room.

With Greg at his side all the way, Tommy finds a cast and crew to help him bring his vision to the big screen. As the shoot progresses, the rest of the team start having doubts about whether he even knows what he’s doing, but no-one is prepared to walk out, as they all want a credit on a feature. By the time the shoot is over, Tommy has driven almost everyone away; he won’t let anyone stand in the way of his vision.

Against all the odds, The Room eventually makes it to the big screen – but despite all his efforts, it isn’t received as Tommy might have expected.

For those who don’t know, this is the true story – or at least the real Greg Sestero’s recollections – of the making of a real-life film, The Room, widely regarded among enthusiasts as one of the worst features of all time.

One of the worst, perhaps, but despite a budget estimated at about $6m – from goodness knows where – not one of the least successful. While it was made as a passion piece as a roundly mocked serious drama that deservedly took next to nothing at the box office on its release, The Room has defied expectations and become a classic retro-hit, playing in cinemas around the world to packed audiences, shouting its bizarre dialogue back at the screen.

As director, writer and star of this film, James Franco is very much channeling a deluded Tommy Wiseau in The Disaster Artist, as he shows us how the most peculiar piece of modern-day film-making came to pass. It’s tough to get a film made outside the Hollywood system – especially at this budget level, but seemingly not if you have an endless supply of money – but from where? The mercurial and secretive Wiseau keeps that – and all information about his own past, including age and birthplace – close to his chest.

Franco manages to ape not only Wiseau’s peculiar mannerisms and on-screen anguish, but also the bizarre accent – possibly Eastern European – that would betray his origins, if only anyone could actually work out where it was from.

This film follows a familiar arc – the underdog striving for success and eventually make his dream come true – but unconventionally, rather than it being a misunderstood underdog who comes good and confounds his critics, the premiere of Wiseau’s film only served to vindicate those who rejected him at every earlier point on his journey.

This makes it a little hard to sympathise with the main character, as we’re being asked to root for a deluded eccentric with a talent only for turning cliche into unintended parody. The mood is elevated only by the inexplicable fact that The Room attained “so bad it’s hilarious” status, making it a cult hit after all.

Interestingly, as early as it’s initial release, it was being referred to as a dark comedy, but Franco’s film makes clear that this couldn’t have been further from Wiseau’s original intention.

It’s to Wiseau’s credit though that he’s joined the club and accepted that if the world wants to laugh at him rather than with him, let them – as Oscar Wilde famously suggested, the only thing worse that being talked about is not being talked about. This is particularly true in the case of someone whose whole existence seems to serve no purpose other than to seek adoration, if not fame. It’s interesting that despite ensuring that audiences laugh with Franco at Wiseau, Wiseau has given his blessing to the film, travelling the world to promote and support it, as he has done at late-night cult-screenings of The Room. That said, while we’re laughing at him, we’re not doing it with malice – it’s more gentle mocking.

There’s a sense in which Tommy Wiseau is a bit of a real-life David Brent – deluded and self-assured about his creative abilities, however bad the screenplay or his acting. But one can only wonder, having seen him join in the fun himself, whether Wiseau now accepts that he is a hugely incompetent failure of a film-maker or whether he just thinks the world doesn’t understand his talent and he’s smiling through gritted teeth.

James Franco carries the weight of this film on his shoulders and he bears it well, already earning an acting nomination at the Independent Spirit Awards. A handful of well-known faces turn up in cameos – from acting coach Melanie Griffith and Hollywood agent Sharon Stone to Judd Apatow as a producer who just wants to be left to eat his dinner in peace and Bryan Cranston as a younger version of himself – but it’s the likeable Seth Rogen, as the script consultant on the film, who provides the audience with the most comfortable seat from which to watch the debacle unfold.

Wiseau and Sestero have continued to work together on projects since The Room but they’ve all remained low key and unsurprisingly, neither has managed to make a career in the mainstream – apart from cameos in The Disaster Artist itself.

But Franco’s thoroughly entertaining – and sympathetic – biopic of these two hopeless dreamers will be the best advertisement to recruit new audiences to The Room, many of whose scenes are hilariously recreated and played alongside the same scenes from Wiseau’s original, ahead of the closing credits. You don’t need to have seen The Room to enjoy or understand The Disaster Artist – but these recreations certainly give additional context to everything you’ve just seen.