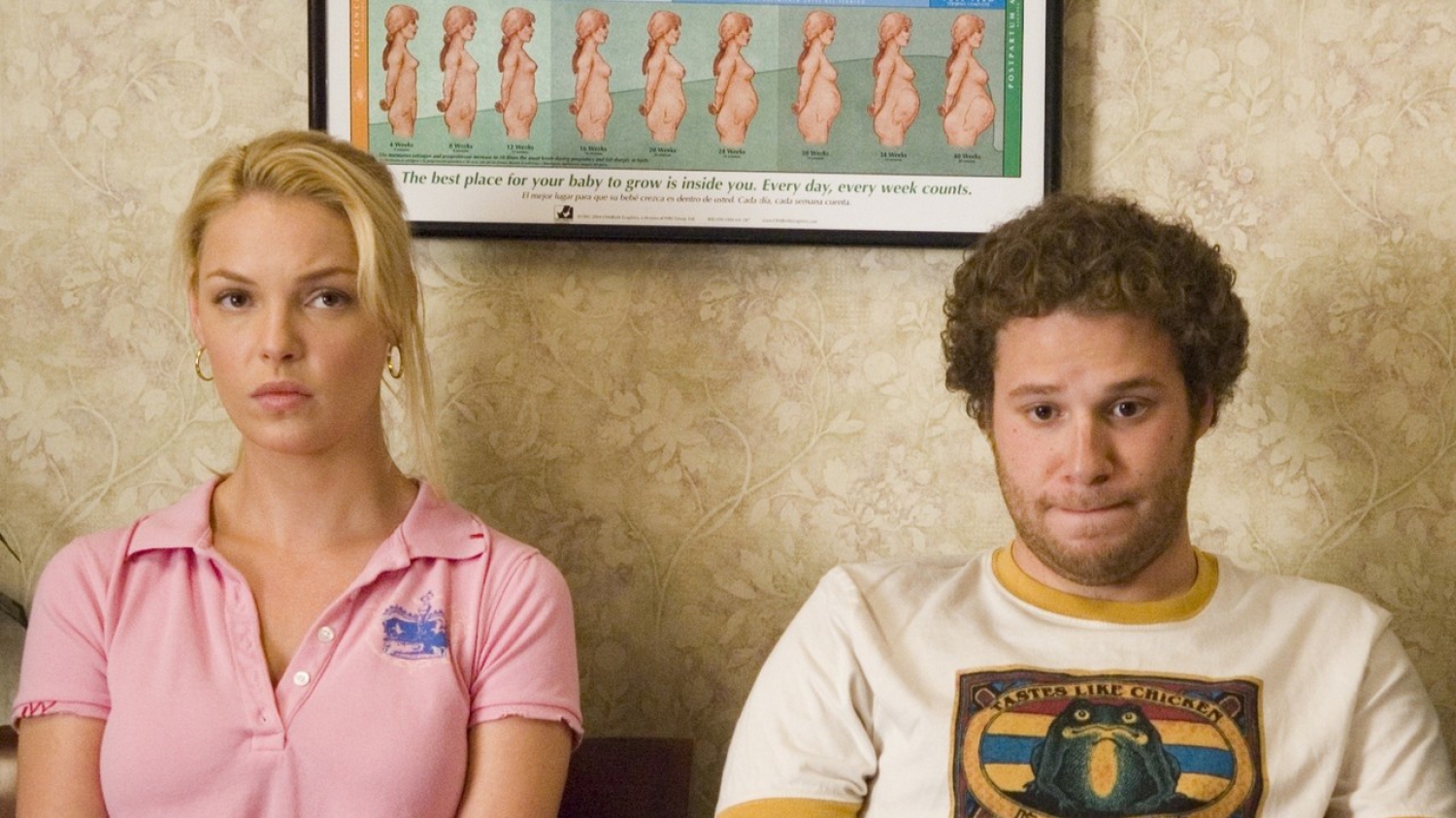 When Alison (Katherine Heigl) is promoted from runner to presenter of an entertainment TV show, she takes her married sister Debbie (Lesley Mann) to a club to celebrate.

After a drink too many, she finds herself chatting to the momentarily charming slacker Ben (Seth Rogen). When it’s time for Debbie to go home, Alison decides to stick around for a bit of fun. Ben’s stoner friends – impressed at his remarkable catch – slip away and let him enjoy his moment of glory.

The following morning, when Ben takes Alison to a diner for breakfast, it becomes clear that the beautiful, intelligent and successful woman and her overweight, under-educated, dreamer of a one-night stand would be best never to lay eyes on each other again.

But as the film’s title suggests, a couple of months later, Alison realises that Ben gave her rather more to remember the night by than a sore head.

She takes the bull by its horns and manages to trace him, feeling that it’s only right to let him know.

The film follows the unlikely couple as they do the right thing by trying to stand by each other, until the baby is born, never really sure whether there’s a future for them.

Oddly, for a story that springboards from a one-night stand, this is a film about honour, morality and righteousness – or perhaps those are just qualities that blossom from the guilt of good people.

And despite their flaws – particularly in the case of Rogen’s Ben – these are good people. It’s their sheer likeability which lifts this film above the many others that have explored similar territory.

Examining the consequences of an unplanned pregnancy is hardly an original idea, but the warmth of the protagonists makes them feel not only real but like the kind of people you just want to jump into the screen and hug.

The script – by Apatow, one of the team behind the Larry Sanders Show – is also full of witty one-liners and sharp observations that make you fall for the characters – even if it’s not entirely believable that they’d genuinely fall for each other.

With its subject matter and range of slightly eccentric slacker characters, this could so easily have degenerated into a gross-out comedy, but it always keeps the right side of the grown-up line.

The film’s a little overlong and some of the plot points don’t flow particularly smoothly – to the extent of seeming rather contrived – but the warm feeling you have at the end is so satisfying that you’ll forgive the film almost all its flaws, minor as they are.