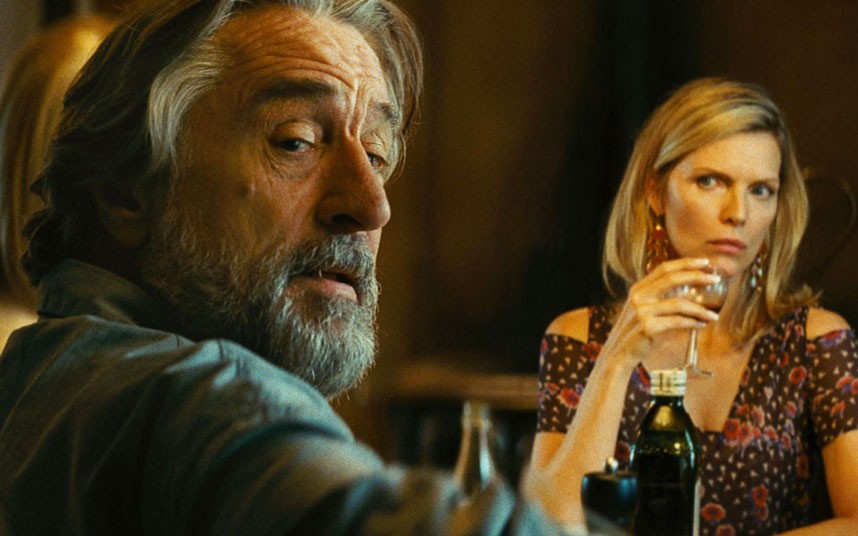 Former New York gangster Fred Blake (Robert De Niro) has ratted on his fellow mob boss Don Luchese (Stan Carp) and is living under a fake identity with his family in France.

FBI agent Stansfield (Tommy Lee Jones) has the unenviable task of making sure the family keeps a low profile…and finding somewhere new for them to go if – or more likely when – they turn too many heads.

The “Blakes” have just arrived in a farmhouse on the edge of a small town in Normandy, after causing too much of a stir on the Riviera. But within days, wife Maggie (Michelle Pfeiffer) has blown up an unwelcoming corner store, daughter Belle (Dianna Agron) has beaten up a crowd of male suitors with a tennis racket and son Warren (John D’Leo) has set up a drug-dealing protection racket in school. And it’s not long before Fred, himself, has a run-in or two with the authorities. It seems that only a public barbecue can restore a sense of normality to this family of brash Americans, transplanted into the sleepy Gallic town.

When a quirk of fate leads Don Luchese to find out where Fred is hiding, a gang of heavily armed mafia goons is dispatched to exact mob justice on the snitch and all those dear to him.

From the plot summary, it’s tough to tell whether this is an action thriller or a fish-out-of-water comedy. In truth, it’s still hard to tell, even after having seen the film.

It’s hugely uneven, as it flips erratically between character comedy and shameless bone-crunching violence. But while the likes of Kick-Ass manage to balance these genres skilfully, Luc Besson’s clumsy hand never quite gets it right here.

The comic elements hint at farce, but they’re neither funny nor farcical enough and they’re rarely clever, in any sense. Fish out of water – involving criminals – is certainly nothing new and has been done with more subtlety and flair more times than I can care to remember.

Neither is the violence brutal enough, although to be fair, getting this right would undermine any effort to declare it a comedy.

One of the scenes that best illustrates this film’s split identity sees De Niro’s character, masquerading as an American writer, being invited to be the guest of honour at the local film club’s screening of Goodfella’s – one of the star’s late-era Scorsese classics. Anyone who’s the least bit cine-literate will get the reference, but rather than coming across as comedic, as it’s clearly meant to be, it’s painful to watch, as a thriller should be.

All of the actors here are capable of much better – and they all seem to be acting in different films – Fred is in a gangster thriller, Warren is in a high-school comedy, Belle is in a high-school melodrama, Maggie seems to be flitting around between all of the above, while Tommy Lee Jones’ FBI agent doesn’t seem to want to be in any of them.

Most disappointingly, De Niro, who earned respect for his early dramatic roles and crossed over into generally less successful comedies with Analyse This, never seems quite sure where to pitch himself.

And if the characters themselves seem a little confused, the world which they inhabit is even less believable – which Normandy village is it where every last resident – including every child at the high school – speaks fluent English?

With this cast – and this director – it would have been fair to expect big things. But The Family is likely to be less funny than your own and almost certainly less scary.