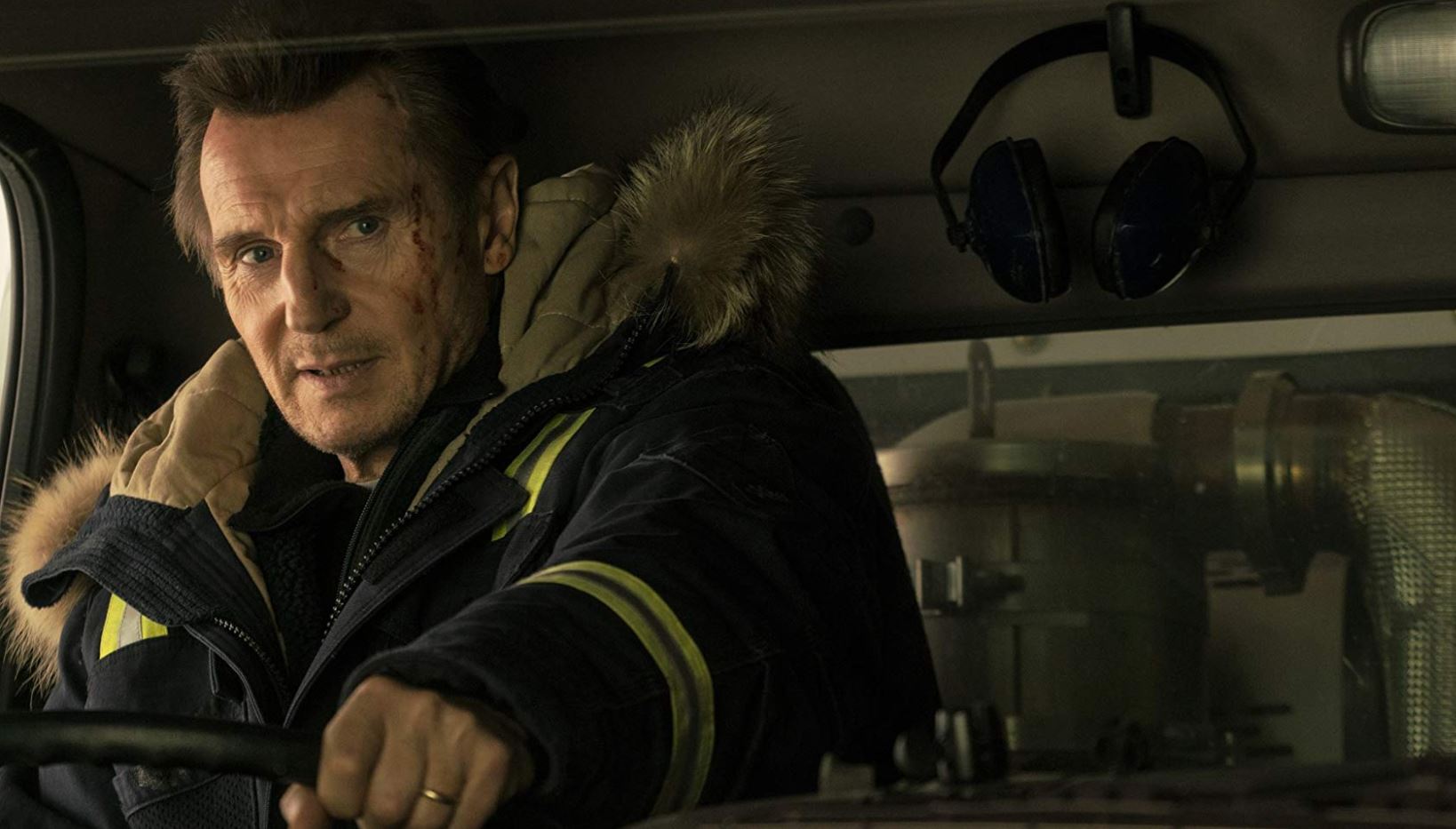 In the Colorado ski resort of Kehoe, Nels Coxman (Liam Neeson) has just been named the Citizen of the Year for his efforts clearing the streets – and the airport’s runway – of snow.

When his body turns up at the local mortuary (that’s what we call it in the UK, readers), tests say he’s died of a drugs overdose. Grace can’t believe he was a secret addict. Nels refuses to believe it and sets out to find out what’s happened to him.

He discovers that his son fell foul of a ruthless gang of local drug dealers, led by The Viking (Tom Bateman) and sets out to wreak his revenge. One by one, he hunts the gang members and metes out his own form of justice.

OK, so that’s what the story purports to be, but peculiarly, after Liam “Taken” Neeson has taken down the third gangster, while his hunger for revenge remains, he seems to contract out; even when he tracks down the king-pin, he still seems content to let two rival gangs eliminate each other – even though one has nothing to do with his son’s death at all.

It’s laced with so much dark humour as to feel uneven – can a film this violent genuinely be so humorous? Does that make the protagonist unsympathetically sociopathic?

Anyone can empathise with a father whose son is murdered by a drugs gang – but most would feel uncomfortable about the actions he takes, while the few who feel comfortable with his response would wonder why he stops, inexplicably, after three and lets the gangs destroy each other.

We’re also meant to feel for the unassuming snowplough driver who has to rise to the occasion, but he’s not just any old unassuming snowplough driver – he’s Liam Neeson – yes, the very same guy who once carried a cosh around in the hope of being set upon by a black man so that he could kill him in revenge for the alleged rape of a good friend by a black man. Yes, that one. I guess that’s the problem with making so many revenge thrillers – you eventually have to start scraping the barrel for appropriate anecdotes – only to find that perhaps they’re not as appropriate as you might have thought.

If people don’t flock to see this one, it’s more likely to be because it’s simply an uneven, hateful, lazy, illogical mess rather than to punish him for any ill-advised recollection from his youth.

The only really cute moment is the presentation of the closing titles, in line with the Norwegian film on which it was based – by the same director – In Order of Disappearance. It’s certainly one of those cases where you wonder why anyone thought it was worth remaking – it must have lost something in the translation. The title certainly did.