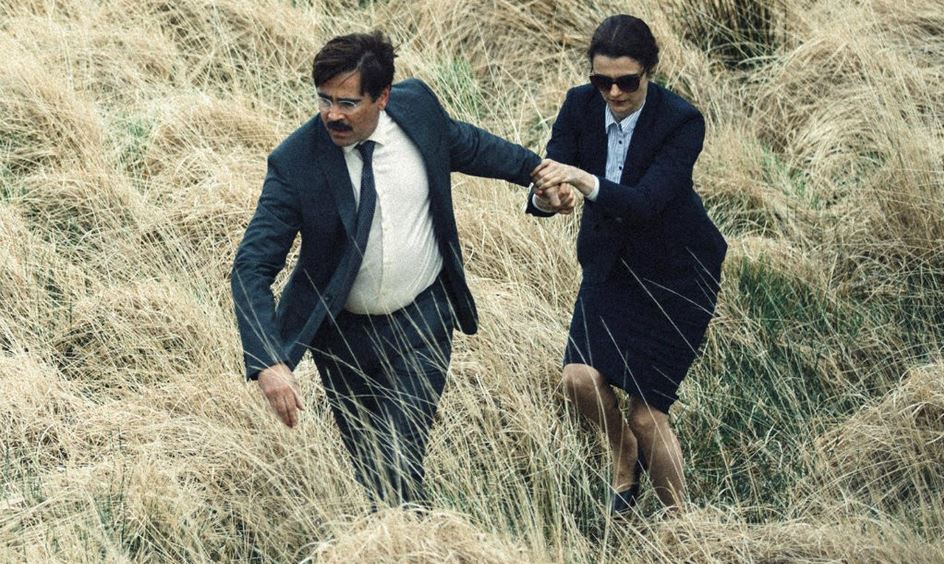 Anyone who is not in such a relationship has to go to a special hotel for singles, where they have forty five days to find a match, or they’re – ahem – turned into the animal of their choice.

Our guides through the weird and wonderful imagination of Greek director Yorgos Lanthimos include the meek and miserable, newly single David (Colin Farrell), his fellow hotel guests (including John C Reilly, Ben Whishaw and Ashley Jensen), Olivia Colman’s hotel manager and Rachel Weisz’s character, whose role I shall leave a mystery for you.

The Lobster was released on an unsuspecting public for the first time at one of the most celebrated international film-festivals, in Cannes, and films don’t get much more international than this; from a Greek director, funded from Greece, the UK, France, Ireland and the Netherlands and with a cast from England, Scotland, Northern Ireland, the US, France and Greece.

Anyone who saw the director’s previous Cannes hit Dogtooth would instantly recognise his dark and surreal sense of humour, as we are immersed into another of his skewed realities – but surreal as it is, it’s not long before it feels perfectly and frighteningly believable.

The Lobster is very much a film of two halves, beginning with the absurdist brilliance of the hotel, which introduces us to the weird world and the way its inhabitants try to meet – or cheat – the rules. This section is blessed with performances perfectly matched to the peculiarity of the material.

The second half reveals a disenfranchised section of society that’s trying to beat the system, forcibly rejecting the compulsion to be in a relationship.

It’s not giving too much away to say that Colin Farrell’s David begins his journey at the hotel but later finds himself living with the rebels. But while the second section of the film is initially a welcome revelation of the flip-side of the coin, and answers some of the questions posted by the first half, it soon becomes necessarily bleak and ultimately begins to lose momentum as it trundles towards its dystopic denouement.

What begins as a thought-provoking satire that’s as sharp and witty as it is imaginative decomposes into an increasingly uncomfortable cinema-going experience which jars, somewhat, with its predecessor – and leads to an inevitable coda that will have audiences wincing in painful anticipation behind their hands.

But while the second half of the film is difficult to watch, and loses some of its impetus, it’s a necessary and welcome corollary to what’s come before. It’s unsettling and unnerving but unquestionably challenging and an unusually original work.