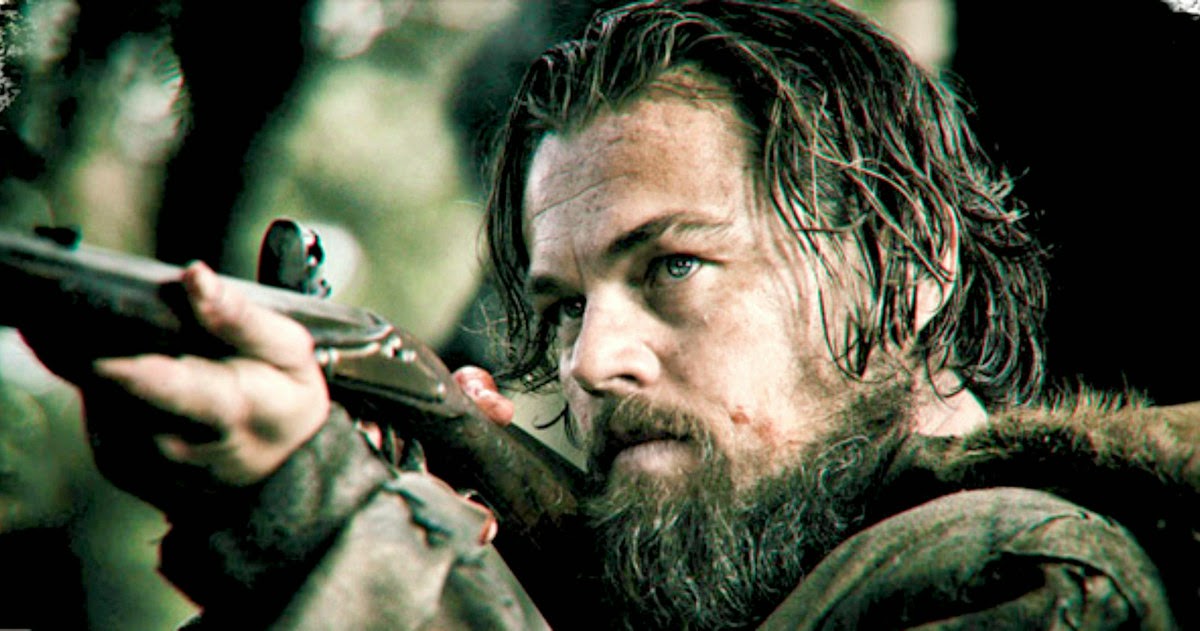 In 1820s America, frontiersman Hugh Glass (Leonardo DiCaprio) earns a living helping to guide hunters across the hostile landscape, in their search for pelts.

One bitter cold winter, while working with a group led by Captain Andrew Henry (Domhnall Gleeson), Glass is savaged by a bear. He can’t stand, move or even talk – but he can still breathe.

Local native tribes are tracking them down, to steal their pelts and try to find an elder’s daughter who’s been kidnapped by white men, and Henry knows that Glass will slow them down and risk them all being killed.

So he decides to pay three men a bonus to stay behind to protect and nurse Glass as long as he needs their help, while he leads the rest of the men back to their fort.

A ruthless and entirely selfish hunter, Fitzgerald (Tom Hardy), sees this as an opportunity for a bit of extra money and has no intention on hanging around long. Glass’s son Hawk (Forrest Goodluck) and a sympathetic youngster, Bridger (Will Poulter) do the honourable thing and stick around too.

Fitzgerald isn’t going to let anyone else’s plight stop him getting back to safety to claim his money and move on to the next job and it’s not long before sees to it that he and Bridger can return to base.

But Glass is still breathing. And starting to grow stronger. And he is determined to get revenge – for being left for dead – and for what he saw Fitzgerald do.

As if anyone had any doubts, The Revenant perfectly illustrates the skill and versatility of Alejandro González Iñárritu. Only last year, he won the Oscar for Best Director for Birdman, a delightfully wordy satire on the modern-day entertainment business and now, he’s delivering a gritty, early nineteenth century wilderness revenge movie, with little enough dialogue that what grunts there are don’t particularly add much to the understanding of the narrative.

At its heart, The Revenant is a simple revenge story, with the almost super-human survival instinct of our protagonist driven by his overwhelming determination to seek justice. But with native tribes and rival French hunters thrown into the mix, the narrative becomes a deliciously complex web of conflicting motives that’s surprisingly easy to follow.

The simplicity is, perhaps, down to a few too many coincidences, that help Hugh Glass just when he’s particularly up against it, but with beards, hats, ragged clothes and gruff voices making many of the main characters almost indistinguishable, it’s a sign of Iñárritu’s competence that he makes it as easy to follow as he does.

The odd interlude, in which Hugh Glass is inspired to continue by memories of his late wife slow the film down, but do provide moments to pop up for air between scene after scene of unremitting violence, both physical and emotional – while adding ambiguity to the film’s title – “noun; one who has returned, as if from the dead” apparently.

The two central performances – Leonardo DiCaprio’s hero and Tom Hardy’s antagonist – are as magnetic as they are convincing and both men thoroughly deserve their Oscar nominations. And who knew Domhall Gleeson could act – after failing to inject any personality into the lead of About Time and being the weakest link of the latest Star Wars film, it’s a pleasure to see him come of age as a force of international cinema.

But the real star of this film is Iñárritu himself, as he delivers sequence after sequence that grip the audience ever tighter – from the riveting bear attack to a white-water ride that will have you on the edge of your seat. The cinematography brings the bleakest of environments to frightening life, aided by the fact that the locations were every bit as bleak as they appeared on screen; collecting his Golden Globe last week, Iñárritu remarked that however painful it was to make, “the pain is temporary, but a film is forever.” Similarly, The Revenant is, at times, painful to watch, but if not forever, it will certainly stay with you for a while.