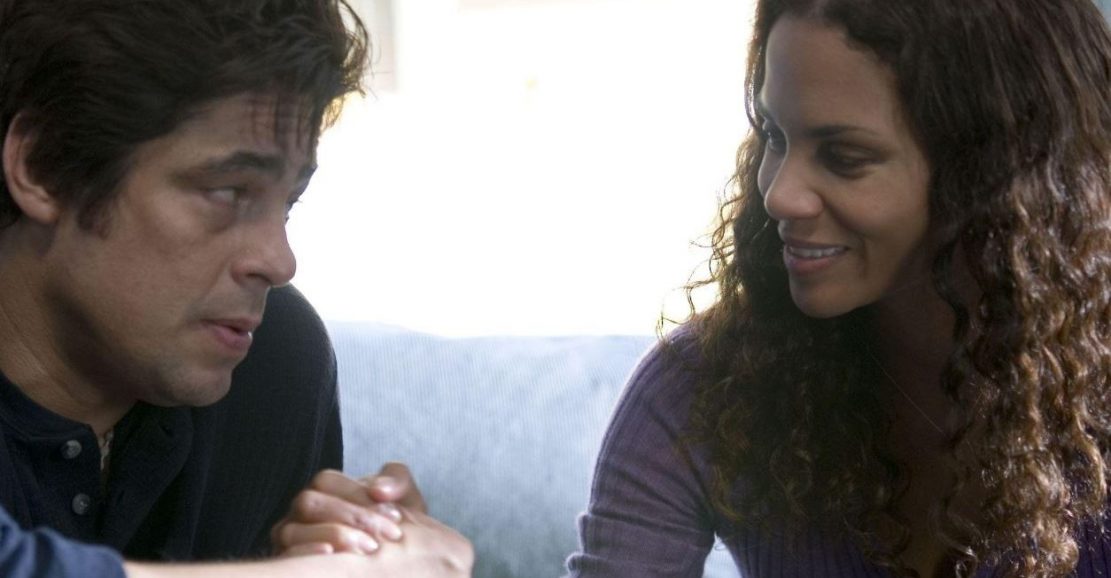 Among the hoards at his funeral is his child-hood best friend Jerry (Benicio Del Toro), a drug-addicted loser, desperate to turn his life around.

Audrey has never much liked Jerry – nor the fact that Brian used to spend so much time with him – but in the circumstances, she agrees to let him move in to the guest wing of their house, to try to forge a new, clean life for himself – and to help her get over her loss.

As you might expect from a drama of this kind, the pair have their emotional ups and downs.

After last year’s Foreign Language Oscar nomination, Susanne Bier is making her first foray into the English language with this slick, Hollywood weepie.

The very concept – about a widow being held back by her dead husband’s slacker friend – sounds like it will be hard going, and the performances are certainly rather heavy and over-earnest.

Some of the finer scenes come in the form of the flashbacks, where Duchovny’s lighter touch brings out the best of Del Toro.

The rest of the film can feel rather morose and the way the drama flips one way then the other seems clunky at times too.

But Halle Berry is always a sympathetic screen presence and the film doesn’t go where you expect it to, which is also a bonus.

At the London Film Festival, this was the weaker of two films about coping with bereavement – the other being John Cusack’s Grace Is Gone. One of the strengths of Cusack’s film was that it didn’t need flashbacks of the happier times to make the drama work, as this one clearly did.