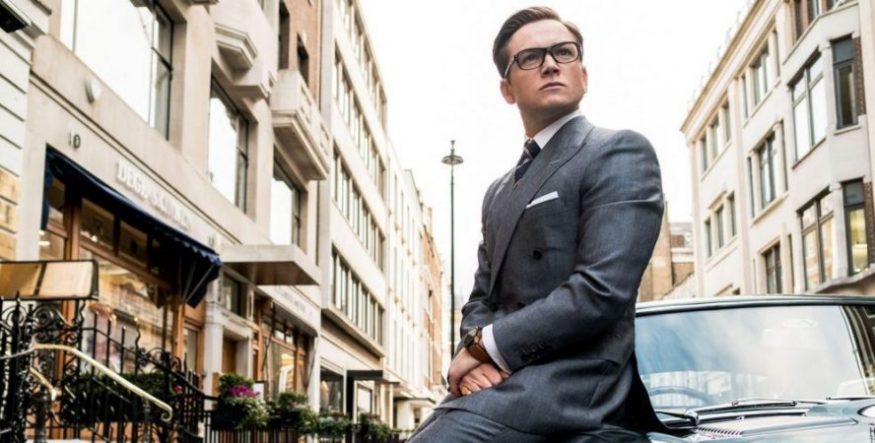 Picking up from where we first met the Kingsman private intelligence agency, two and a half years ago, its newest agent Eggsy – or Galahad (Taron Egerton) – is accosted by a failed recruit Charlie (Edward Holcroft), who’s now working for the world’s most successful – and ruthless – drug dealer, Poppy Adams (Julianne Moore), who runs her empire from a 50s-styled campus in the middle of the Cambodian rain-forest.

To strengthen her influence, her “Golden Circle” gang tries to take out the one organisation that has any hope of curbing her ambitions – Kingsman. But Eggsy and his gadget-guru Merlin (Mark Strong) survive the cull and set out to track her down.

With their own resources all but destroyed, their first port of call is to trace an allied agency in the US, Statesman, to form a partnership that will help them avenge their loss and continue their crime-fighting mission.

But Polly is desperate to come in from the cold and offers the US President (Bruce Greenwood) a deal; she’s added a fast-acting poison to all of her products but if the president legalises recreational drugs, she’ll release the antidote, saving millions of people around the world from a painful death.

While the world waits to see how the president responds, Polly’s poison strikes close to home, giving Eggsy all the more reason to hunt her down, settle the score and restore order.

Kingsman: The Golden Circle bursts onto the screen with exactly the kind of exhilarating, frenetic opening action sequence you’d expect from director Matthew Vaughn and the team that brought us its tremendously energetic and imaginative precursor; a car chase through central London with the protagonist and antagonist being alternately thrust out of a speeding cab, with three 4x4s in hot pursuit.

While this neatly sets up a key strand of the narrative, too much of what follows feels messy and incoherent. The plot spins increasingly out of control, as the story spreads across the globe, like a holiday show, taking in Sweden, Italy, Kentucky and, of course, Cambodia.

While Kingsman: The Secret Service was a cheeky up-start parody of the Bond franchise, this one starts to parody itself, as a handful of scenes are either nods to – or copies of – similar encounters in the first film.

In the same way that the key characters are gently mocking of the British upper class, their American “cousins” present as comparable archetypes but whereas it felt endearing last time, this time around it feels a little lazy. There’s almost a sense that Taron Egerton just doesn’t sell cinema tickets in the US, so you need to get Channing Tatum on board.

There’s one particular cameo that will raise astonished belly-laughs at first, but rather than let the joke go and move on, they keep returning to it like a vulture, determined to tear every last piece of flesh from is carrion. Turning the cameo into a “supporting role” relieves it of all its comedic power and just becomes an embarrassing piece of casting. There’s another cameo that is literally just that, when you hope it might be a welcome return to the screen to one of the most sadly underused actors in the UK. The great Jeff Bridges, too, is wasted

At times, while the action sequences are delightfully choreographed, some violence is uncomfortably graphic and gratuitous. The gadgets are fun, but sometimes a little clunky and too few of the villains truly have the charisma required to rouse the audience.

But when it works, it works. However, most of the attempts at drama, gentle comedy or even romance between the action fall flat and too many of the plot twists will jolt you out of the zone.

It would be churlish to suggest that it’s not entertaining, and there are some visually impressive flourishes, but for much of its excessive 141 minute running time, it feels just a little embarrassing.

And for anyone familiar with its predecessor, this will feel like much of the same, just reaching a little too far to justify its existence, while anyone who hasn’t seen the earlier film will miss many of the knowing nods.

It’s fun, but despite a brief coda hinting otherwise, unless they can up their game, this probably should be the end of the road for the Kingsman, or Statesman, or whatever their merged alcohol-distilling tailor’s might be called.