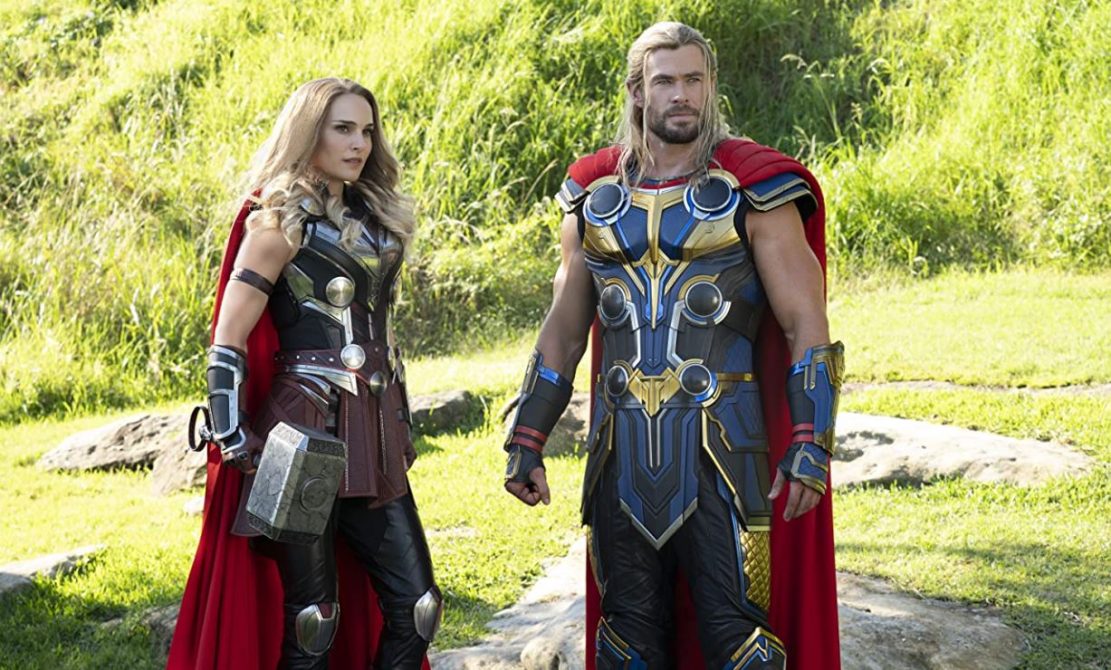 Gorr (Christian Bale) is so disgusted by his god’s lack of humility when he meets him after the death of his daughter that he vows to use the legendary Necrosword to kill all gods in the universe.

That includes those living in the Norse community of New Asgard, so when Thor (Chris Hemsworth) finds out, he heads there to protect them, with his trusty hammer, Stormbreaker.

Thor arrives to find that his ex-girlfriend Jane Foster (Natalie Portman) is already on site, wielding his former hammer, Mjolnir, which has rebuilt itself to help her protect the residents.

Jane – known by her superhero moniker The Mighty Thor – and Thor himself have to put their past behind them to work together to stop Gorr in his tracks.

This is Thor’s fourth solo outing for Marvel’s Cinematic Universe, in addition to a number of appearances in the wider Avengers films.

Thor’s own element of the Marvel franchise got off to a shaky start, but with some persistence – and faith from the studio – it’s settled into its stride, as the director of the third film, Ragnarok, Taika Waititi, returns for this latest instalment. In addition to coming up with the story and directing, he also voices one of the main supporting characters, Thor’s side-kick Korg – who looks like a larger version of The Thing, sounds as camp as Christmas and acts like a fairy godmother – and a narrator of this story.

The narration is hugely helpful – with so many Marvel films to catch up on, Korg ensures that newcomers – or those who’ve only dipped in and out of the franchise – can make sense of the plot and enjoy what’s going on.

Despite the rather dark premise – a bereaved father trying to use a weapon steeped in evil magic to destroy all gods – Waititi and Hemsworth manage to turn the film almost into a comedy.

More than many of the spin-offs from the Avengers franchise, Thor’s solo outings is so comedic as to feel somewhat uneven as it shifts from galactic battles and the kidnapping of children to the romantic awkwardness of a couple discussing their break-up, a man pining over his ex-hammer or a narrator mixing up names.

With no fewer than four Guns n Roses songs scattered throughout the film, it does play a little like a GnR show-reel, and with three from 1987’s Appetite for Destruction and one from 1991’s Use Your Illusion I, it risks feeling a little dated, but the music works with the narrative, so it won’t jar too much for people who aren’t into late 20th Century rock music.

It makes for a perfectly entertaining, much funnier than expect, piece of super-hero nonsense. It really doesn’t make much sense, but the super-hero action is well-enough choreographed and skilfully executed and it’s often laugh-out-loud funny, so the ridiculousness of the plot and the incoherence of the universe doesn’t really matter.