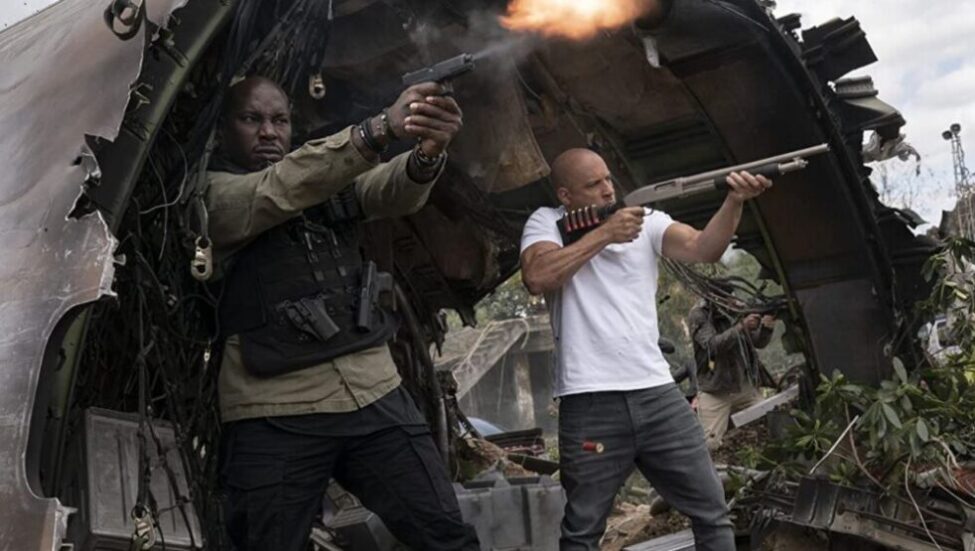 Dominic Toretto (Vin Diesel) is leading a quiet life off the grid with Letty (Michelle Rodriguez) and his son little Brian, when his old crew track him down and inform him of a new global threat.

It transpires that his estranged younger brother Jakob (John Cena), with the help of his stinking rich partner Otto (Thue Ersted Rasmussen) – whose mantra is money is no object – is attempting to trace a device that will enable him to control and rule the world.

So Toretto finds himself in a race against time with his sibling to find it first.

The franchise, which is unbelievably twenty years old this year, has become renowned for its crazy, breathtaking outlandish action sequences, its fast and furious car chases, its wonderful tongue in cheek humour and its love of family.

However after ten films (if you include the spin off Hobbs and Shaw), it seems to be running out of steam and ideas. For this movie lacks the energy, the fun, the ingenuity and the charisma of its predecessors.

It takes itself far too seriously and the gags, which are few and far between, seem to fall flat. More importantly, it is missing the charismatic Dwayne Johnson and Jason Statham who both breathed new life into the series when they came on board. They are a fantastic action and comic double act as Hobbs and Shaw clearly demonstrates.

Vin Diesel, one of the film’s producers, is very much in the driving seat in F9 with a deadly serious John Cena as a passenger as the action drama explores their characters’ fall-out and their sibling rivalry. There are several flashbacks to their childhood with Diesel’s own ten year old son, Vincent Sinclair Diesel, playing him as a young boy.

Co-writer/director Justin Lin, who returns for the fifth time, delivers a relentless, non-stop action-packed film which includes elaborate high speed pursuits and cars literally flying after driving off a precipice. However it jumps the shark when Tyrese Gibson and rapper Ludacris’ (Chris Bridges) hapless characters are sent into space in a Pontiac which frankly is where they should have stayed as their constant jokey repartees were painfully unfunny.

There is also a constant stream of past protagonists popping up in surprising cameos. The highlight was Helen Mirren, who brought much needed joy and light relief in her one and only scene. We could have done with more of her, along with Charlize Theron who is back as Cipher. While she was actually bone chilling in F8, here she is totally wasted and seems to be dialling in her performance, through no fault of her own.

With reportedly just two more films to go in the saga let’s hope Johnson (wishful thinking I know) and Statham make a welcome return so it can go out on a memorable high.