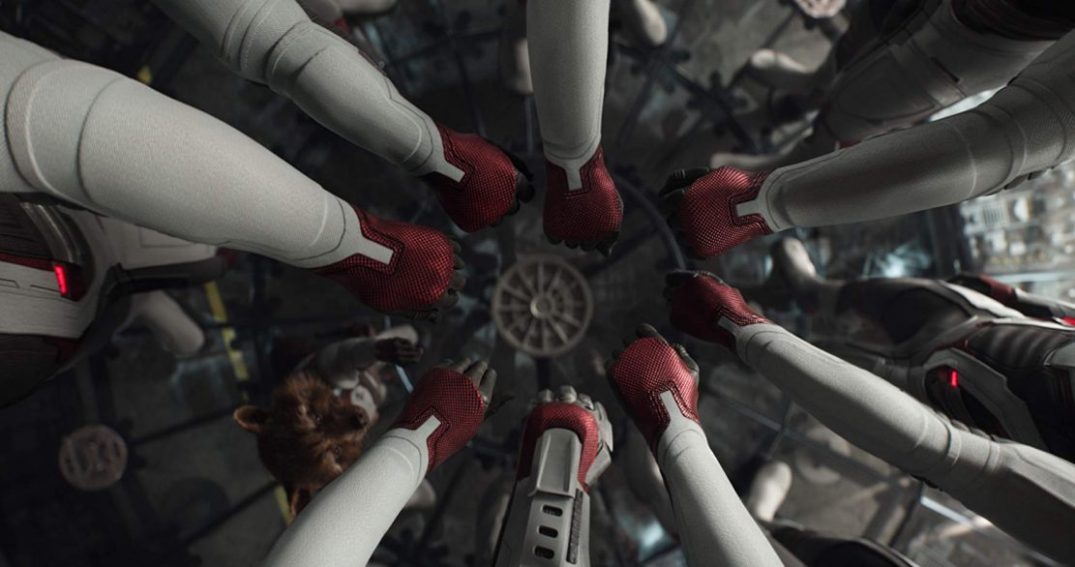 Half of humanity – including superheroes – has just been wiped out with the snap of the fingers of the evil Thanos (Josh Brolin), thanks to the power of the six “infinity stones” in the gauntlet he was wearing.

The surviving Avengers are determined to get their revenge and hope that by taking the stones from Thanos, they might be able to undo what he’s done, but when they find him, he says he’s destroyed them to ensure that they can’t be used again.

Five years later, Ant-Man (Paul Rudd) returns to reality after being trapped in the quantum realm and his experience convinces some of the remaining Avengers that it could be possible to travel back in time to round up the stones.

But some take more persuading – and others have long-since withdrawn from the limelight and would prefer, for one reason or another, not to get involved in avenging the actions of Thanos at all.

When the heroes finally set off to bring back what Thanos destroyed, they realise that messing with the past has its own perils, before even trying to fix the future.

Many super-hero films have the problem of being solid, back-to-back action sequences with little room to breathe and take stock.

No-one could accuse this Marvel behemoth of that – at a full three hours in length, there’s more down-time for mourning, moping, brooding and plotting than there is for being super-heroes and saving the world.

Buried in the thoughtful bits is some meaningful character-development, relationship discussion and even the kind of pontification that might even find some viewers – environmental campaigners, for example – identifying with the motives of the antagonist.

And certain characters lend themselves to a great deal of humour – not least in a couple of favourites who present in a way never seen before.

Part of the problem of having so many different characters all involved in the same story is that you tend to forget that you’re watching a team made-up of super-heroes, who – in their own films – might have saved individuals in trouble, their own friends and family or – at a push, the world – but it’s much harder for an audience to identify with such themes as trying to save the entire universe. And even at three hours long, there’s not really enough time to get your teeth into most of the characters.

Instead of seeing Spider-Man climbing walls and flinging webs or Hulk smashing things, in a town centre that could very much be your own, the Avengers have been reduced to a myriad of individuals in hi-tech suits, flying around other-worldly landscapes and bashing bad-guys in an epic battle-scene reminiscent of Peter Jackson’s Lord of the Rings.

There’s no question that it’s a hugely impressive sight and an equally thrilling experience – while it lasts – but you have little sense of who’s involved and what makes them individuals. It’s like someone shouted “all in” and everyone just piled in, flailing around desperately.

This is not a film where the plot matters – even to the most avid fans, it’s a little bit nonsense, although they might be a little more forgiving. Too much of this nonsense is either so random that it could never be guessed or dependent on viewers having seen the full contingent of 21 previous films in the so-called saga – if you haven’t seen them all, at the very least, you’ll feel like you’re missing out on the odd connection or gag.

As the film draws to a close, you get a sense of the writers going through a check-list of what needs to be sorted before the end of the saga, with the requisite handful of loose ends to sustain the next phase of block-busters.

But whatever I – or anyone else – says about this box office smash, it’s critic-proof. Nothing will change the desire of fans to see Endgame over and over again. If you’ve already invested around 50 hours in this series, it’s definitely worth another 3 to satisfy your curiosity, but it’s less advisable for newcomers to commit to more than two days of back-to-back watching to get over the feeling that you’re missing out.