What’s Worth Seeing is exactly what the name suggests; we aim to tell you what’s worth seeing and what’s not, on screen (film and TV), on stage (plays, musicals, gigs, comedy) and beyond (pretty much anywhere other than on screens or stages). 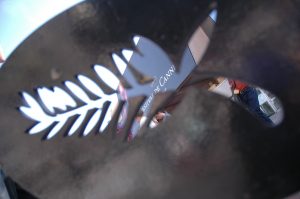 We’ll also try to keep you up to date with the major news stories affecting the cultural arena, such as Oscar results and announcements from the BFI. We’ll also carry occasional interviews with entertainment industry figures and from time to time have competitions too.

We have contributors based on both sides of the Atlantic and we’ve sent reporters to cover such events as the Cannes, London and Edinburgh Film Festivals, the Golden Globes and the Oscars.

Our writers are experienced journalists and reviewers with particular areas of expertise, built up over years in their field.

As a website, we’re relatively young and you might notice that for now, film is a little dominant, but as we grow, we hope to expand our offer.