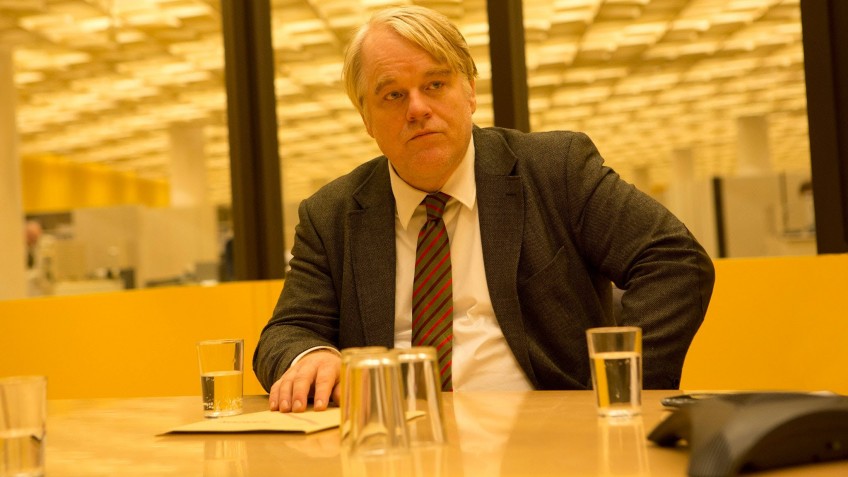 Günther (Philip Seymour Hoffman) heads a special branch of German intelligence, dealing with the threat of terrorism and is called in when a suspected Islamist militant Issa (Grigoriy Dobrygin) arrives in Hamburg.

While his bosses are keen to jump straight in and arrest him, Günther urges them to let him keep Issa in play to see who he speaks to so that he can try to catch the bigger fish, higher up the terrorism tree. The local CIA official Martha (Robin Wright) manages to buy him some time.

When local human rights lawyer Annabel (Rachel McAdams) takes Issa under her wing, it’s harder for Günther to get to his man, but he’s determined to use all the resources and power at his disposal, not only to catch the minnow at the bottom, but to remove the money man, funding the enemy.

Coming just three years after Tinker Tailor Soldier Spy, the latest John Le Carré adaptation is sure to draw comparisons with its predecessor. In some senses, it’s similar, feeling slow and deliberate, with a lot of well written talking and neatly directed thinking. But in many ways, it’s a more conventional Hollywood spy film, with more of the kind of action sequences you might expect from a Bourne or Bond.

It has some interesting things to say about the war on terrorism – not least the apparent preference of the authorities to get good headlines from an easy scalp, rather than playing the long-game to get better headlines.

In his second high-profile role since his premature death, Philip Seymour Hoffman excels with a tremendously powerful and empathetic performance as a man who knows what he’s doing but is constantly frustrated by his superiors, which is the last thing he needs when those he’s spying on are causing him enough problems. The appropriately sluggish pace goes some way to illustrating how slow a process real spying is – and perhaps underlines the enthusiasm of the top brass for a quick arrest.

But for a Le Carré story, it’s unusually simplistic – the first person helps them find the second person, who helps them get to the third person, who persuades that person round to do this or that, and so on – but perhaps even this could be an indication that spying might not be as complicated a process as his earlier works might suggest. It’s a pleasure to watch Günther gradually chip away at each of his suspects, slowly peeling back layer after layer to reveal the next clue – although they do seem to crack somewhat more easily than fans of Homeland or Zero Dark Thirty might expect.

There’s certainly a sense that post 9/11 – and remember the cell involved in that attack formed in Hamburg – Le Carré is trying to deliver a more topical tale and in the age when the western world is increasing its threat level warnings for Islamic terrorism, this certainly feels more relevant than its cinematic predecessor, although oddly, perhaps, it feels less important. It also lacks some of the creeping menace you might expect for a spy film about terrorists – it’s almost disappointing that this is more about moving money than killing infidels; there doesn’t seem to be as much at stake in our world as there is in Günther’s.

And it isn’t always entirely convincing – Rachel McAdams’ willingness to protect people she knows to be funding terrorism seems unlikely, for example.

One of the most frustrating pieces of movie artifice is casting American actors to play Germans who speak English to each other in a German accent; why can’t directors just have the courage of their convictions and hire German actors (as they do for the supporting cast) and use subtitles? But in a narrative sense, A Most Wanted Man does have the courage of its convictions, which is an unusually admirable quality for a grown-up film, in this case giving it a necessarily unsatisfactory ending.

While not the strongest turn of Philip Seymour Hoffman’s fine career, it’s a fitting enough final lead role for this exemplary actor and shows why he was, for so many directors, a most wanted man.