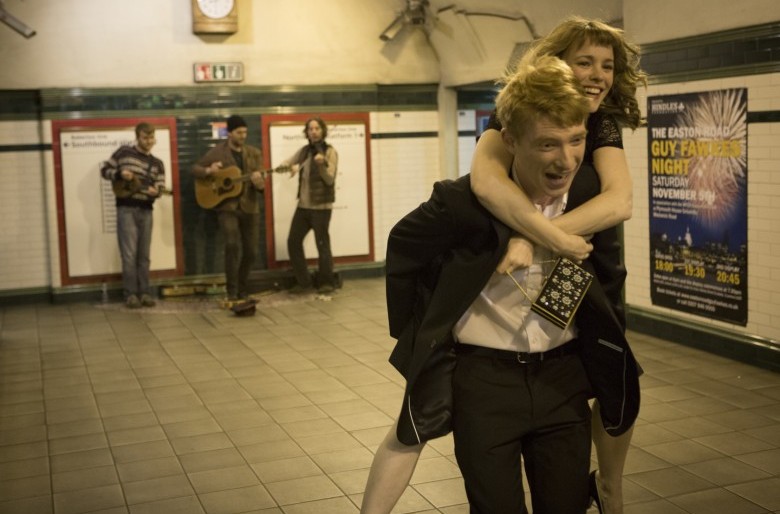 When Tim (Domhnall Gleeson) reaches his 21st birthday, his dad (Bill Nighy) lets him into a family secret; the men can travel back in time.

To try to overcome his sexual insecurity, Tim puts the power to the test during his final summer at home with the family, before heading to London to begin his career as a barrister.

Soon after he arrives in London, Tim meets Mary (Rachel McAdams), the woman of his dreams. They hit it off and she gives him her number. But by the time he tries to use it, he realises that he’s gone back in time to a point before she gave it to him, so he no longer has it.

Cue some bouncing back and forth in time to find her and make her fall for him all over again.

But the more he uses his time-travelling power, the more he realises that it has its limitations; there are some times when he has to make some difficult choices that affect both himself and those he loves.

About Time is a time-travelling romance that makes you question whether you’d even want to use such amazing powers if you had them.

After The Boat That Rocked, Richard Curtis is returning to the romantic comedy that launched his directing career, with Love Actually – it is also the genre that built his career as a feature film screenwriter, from Four Weddings and a Funeral, through Notting Hill to Bridget Jones’ Diary. This is an area that has served him well and he has clearly chosen – like all writers – to write what he knows; he’s gone back in time. Even to the extent of casting a random American actress in the lead role, to attract the international audience.

But as any film about time-travel tells you, things are never the same if you go back and romantic comedy isn’t quite the charm for Curtis that it once was.

At one level, it’s lightly enjoyable and there’s no question that there are plenty of nice coming of age moments that will ring true for many a man, young and old, and the father-son relationship is by far the most moving and believeable in the film. It is a love-story, but between Tim and his Dad, not his soul-mate.

But the romance feels forced and it’s not particularly funny – apart from some grotesque cameos from Tom Hollander, Richard E Grant and the late Richard Griffiths.

And narratively it feels terribly flat. There’s no drama. Boy meets girl, boy falls in love with girl, boy marries girl, boy has children with girl – when the plot provides an opportunity for this confection of a life to be embittered by Tim doing something he could even undo with his time-travel – it chickens out so that we remain on his side. Every time something comes up to challenge the status quo, it’s dealt with immediately or in the very next scene, so there’s no sense of engagement with the characters.

It’s simply a film about good things happening to someone who had a lovely childhood. In that sense, it could be said to be an antidote to much of the miserablist modern British cinema.

Putting the comedy, romance and general narrative aside, any film that tackles the subject of time travel is bound to have this particular element of its story-telling scrutinised and here, it simply doesn’t stand up. It’s use of the device is completely inconsistent. Some plot points depend on Tim popping back to a particular moment and then instantly returning to carry on with life from the point where he original departed, but others suggest that he must have stayed there and relived the full gap to catch up to the present day. It’s never questioned where the old Tim has disappeared to when new Tim returns to the same point in time. And towards the end, we find ourselves travelling back in time separately with both Tim and his Dad – but it’s all within one protagonist’s narrative. It’s actually a mess.

And then there’s the fact that even if you accept the way time travel works in Curtis World, Tim’s use of it is frequently mind-boggling. Rather than doing the obvious – popping back in time to the moment he first met Mary, so that he can get her phone number again, for example – the plot concocts a series of contrived journeys that defy logic.

One conversation in the film involves characters discussing whether it’s possible for a man to be nice without being dull. It could similarly be considered that this film is perfectly nice, but necessarily dull as a result. And nice as it is, it reaches a natural conclusion about ten minutes before the credits start to roll – frustratingly, as is so often the case, a saccharin coda is tagged on the end, which is completely unnecessary, since at more than two hours in length, it is already too long for this kind of film.

At the premiere of the film, Curtis said he might never direct again. If this is anything to go by, it would be no great loss; it’s sad to say of someone of such experience and success, but he needs to spend a bit more time thinking about the script.