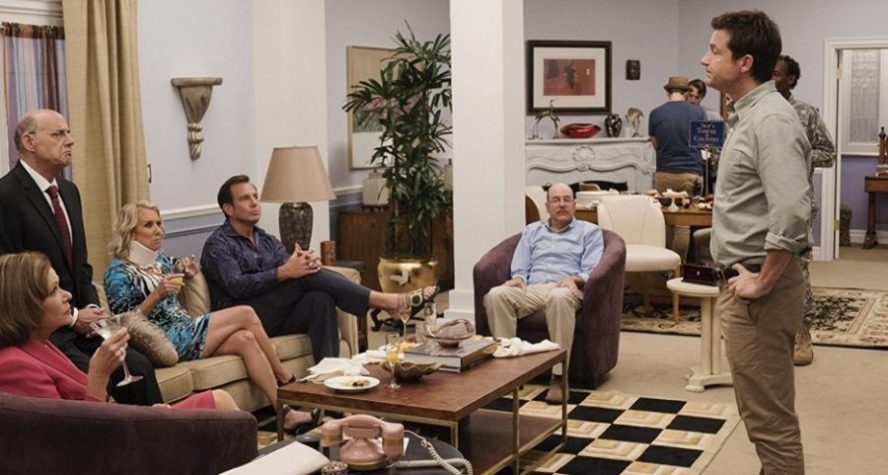 Season 5 picks up where Season 4 left off, a bold move considering most of that season’s storylines didn’t really gel.

That was when Tobias (David Cross) staged a musical and George Senior (Jeffrey Tambor) accidentally took too much oestrogen – plots that really didn’t resonate.

That’s while Lindsay’s (Portia de Rossi) congressional campaign is used to bring out the more nonsensical side in the Bluths and the back-and-forth between Tobias and Lucille (Jessica Walter) during a brief therapy run, brings out the best in Walter as shown by her acerbic one-liners.

Every reboot seems to have expectations hanging over it, leaving viewers not only waiting to be entertained but assessing whether or not it lives up to its original incarnation.

And now, amidst the sexual harassment allegations towards Tambor by his “Transparent” trans co-stars along with verbal abuse accusations from many, including Walter, the series is under additional scrutiny.

Still, in the case of Arrested Development’s Season 5, the storylines work, mostly because the characters have been allowed to grow, which sometimes means gravitating back to their typical selves (as in the case of Jason Bateman’s Michael who returns to his familiar role as the family stalwart).

The Bluth family members also interact more with each other while the number of celebrity guest stars making an appearance is lessened and limited to ones that seem more significant.

In terms of characters that stand out, Maeby (Alia Shawkat) delivers. Entertaining are her conning ways and different identities full of wigs, outfits and personas.

The season is also successful at playing off society’s current political climate with corruption and narcissism often blending in well with Bluth family themes.

Overall, the show’s fifth season hits a better rhythm, is funnier and much more satisfying to watch than the fourth.