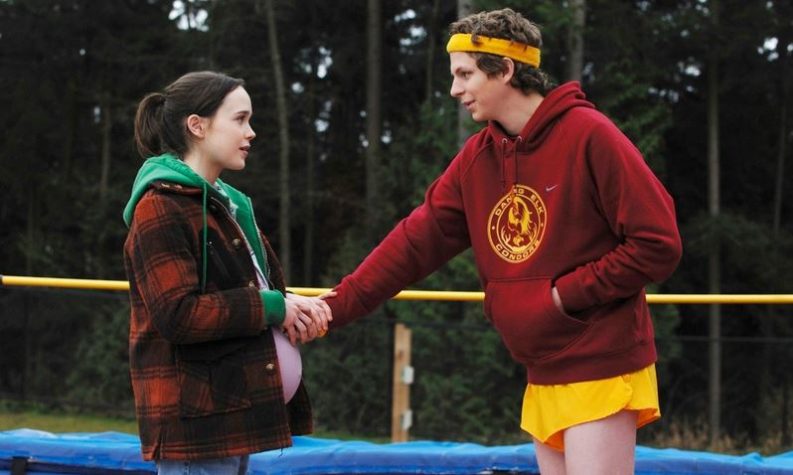 Quirky teenager Juno (Ellen Page) doesn’t really fit in with the hip crowd. Her friends are as geeky as she is savvy – but one slip-up sees her fall pregnant to her charmingly innocent boyfriend Paulie (Michael Cera).

She initially tries to deal with this herself and takes herself off to an abortion clinic, but she can’t go through with it, so she decides to have the baby.

Her father (JK Simmons) and step-mother (Allison Janney) clearly wouldn’t be too excited about this prospect, so Juno sets out to find a couple worthy to adopt the baby.

On the surface, Mark (Jason Bateman) and Vanessa (Jennifer Garner) seem like the perfect pair, but as Juno gets to know them, she realises their marriage might not necessarily by the best environment for her baby to grow-up.

Juno is one of the stand-out surprise hits of the year – this year’s Little Miss Sunshine, if you like – a bright and quirky comedy hit examining the foibles of a family that’s being pushed just that little bit outside the mainstream.

Its sharp Oscar-nominated screenplay is perhaps too unnaturally witty at times – but when the film is this much fun, who cares about how realistic it seems.

Reitman’s direction moves it along at a brisk pace and it never feels tired. It delights in subverting your expectations, and Ellen Page’s career-making performance (another Oscar-nominee) makes Juno one of the most likeable losers in American high-school-movie history.

Fresh from Superbad, Cera also puts in a delightfully warm performance as her naive foil.