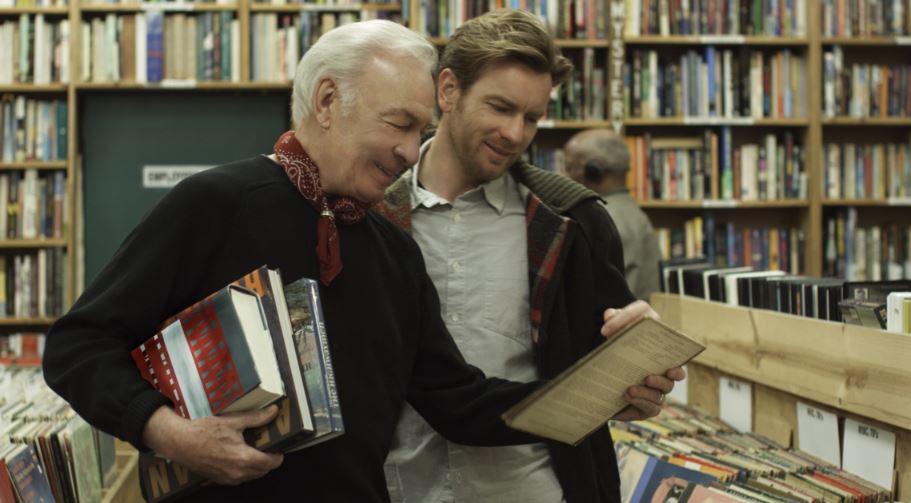 Graphic designer Oliver (Ewan McGregor) is a bit of an introspective loner. Uncharacteristic as it is for him, he agrees to go to a fancy dress party where he meets the mysterious and flighty Anna (Mélanie Laurent).

Although she’s suffering from laryngitis and can’t talk, they manage to hit it off and end up leaving the party together.

One of the things on Oliver’s mind is his recently deceased father Hal (Christopher Plummer), who – at the age of seventy five – had shocked him with two announcements; he had terminal cancer and he was gay.

For the first time in his life, a dying Hal was able to be himself – a flamboyant sugar-daddy, snatching what time he could with his promiscuous, but needy young boyfriend Andy (Goran Visnjic).

This film is told in the present – Oliver’s developing relationship with Anna – and the past – Hal’s coming out and its effects on himself and Oliver.

It’s a charming and warm-hearted character drama – wistful and whimsical in its gentle humour and tales of self-discovery.

The film sits convincingly on Ewan McGregor’s shoulders and Christopher Plummer appears to be having a wonderful time, finally becoming – and being accepted for – his true self as the life is draining from him.

Understandably, this raises a lot of questions for Oliver, not least the contradiction between the frustration that his father had to wait until the death of his wife to come out of his shell with the fact that had he come out of his shell as a young man, Oliver would never have been born. Either way, the openness enables father and son to bond before it’s too late.

At first, the only shoulder Oliver has to cry on is a dog with a strong a personality as his Dad, and his father’s boyfriend.

But the arrival of Anna turns his life around.

The French beauty Mélanie Laurent is turning up everywhere these days – most recently in The Round-Up and before that Le Concert and Inglourious Basterds.

Her storyline – while undoubtedly cute – feels very arch, from her first vocally-challenged meeting with Oliver to the unpredictable nature of their on-off relationship.

While the film is an easy watch, it’s not always convincing and you don’t feel that Oliver – the character at the centre of the film – particularly grows and develops as a person.

There is much to enjoy here – McGregor and Plummer’s performances and the undoubted whimsy – but taking a step back, much of it feels clichéd and contrived. Different people will be drawn in or deterred by different elements.

It’s basic theme seems to be that you should never give up on the chance of happiness and be brave enough to keep trying new things until you find it – you can start your life over and over again.

But the logic it pursues, in this sense, isn’t particularly profound or unusual and doesn’t seem to pay off.