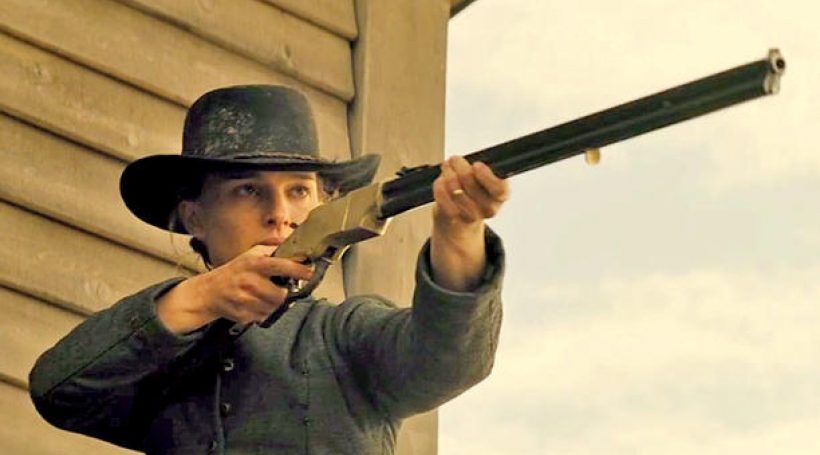 Frontierswoman Jane (Natalie Portman) is a loyal and loving mother to her young daughter. Her husband Bill (Noah Emmerich) is a bit of a ne’er-do-well who runs with a gang of outlaws led by John Bishop (Ewan McGregor).

Her world is thrown upside down, one day, when Bill returns home, on horseback, full of John Bishop’s bullets, with the warning that the gang is on its way to get her too.

She nurses him back to health, drops her daughter off at a friend’s place and heads off to ask a former lover, Dan Frost (Joel Edgerton), to help her fight off the Bishop Boys.

On one level, this is a traditional gun-toting Western, with very clear divisions between good (Jane) and bad (Bishop), with very little grey in between.

The only grey is the status of Bill – and the question of whether he’s a brutal outlaw or a reformed angel isn’t really addressed, not least because he spends the whole film in bed, while the whole film is really just about how Jane and Dan prepare to defend the homestead.

It’s not entirely clear why the Bishop Boys want to kill Jane or why Dan is willing to risk everything to help her help Bill.

While the action itself is perfectly well handled, too much of the narrative unfolds through a flashbacks that tend to complicate the story and these revelations have little dramatic impact, since the characters already know what happened to themselves – it’s only the audience who were in the dark.

And while many inconsistencies in the plot can be forgiven or overlooked, the one true surprise to emerge seems unacceptably unlikely.

It’s often the case that messy films tend to have had difficulties during production or be vanity projects of sorts, and with this having gone through changes of director and key cast and ending up being produced by Portman and co-written by Edgerton, it was perhaps inevitable that it would feel like a project that they were all just relieved to get finished.