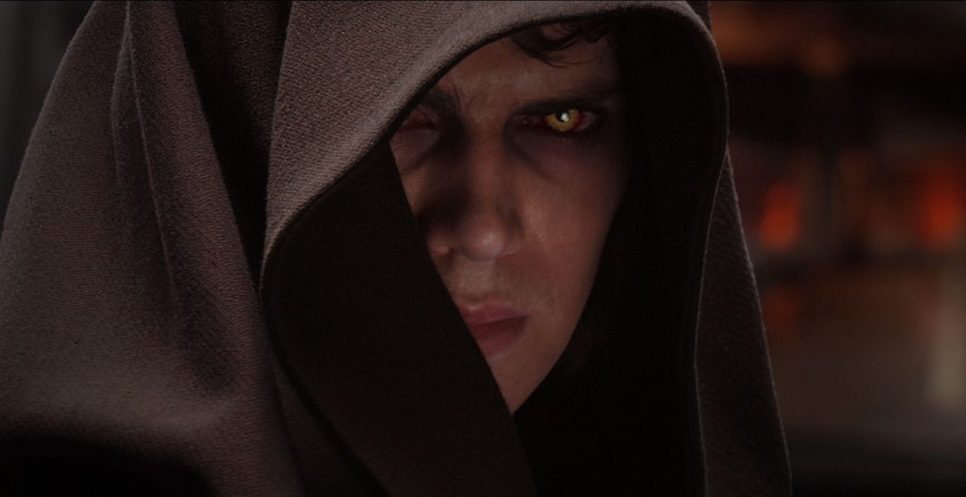 When the head of the galactic senate, Chancellor Palpatine (Ian McDiarmid), is kidnapped by droids, two Jedi knights, Obi Wan Kenobi (Ewan McGregor) and his apprentice Anakin Skywalker (Hayden Christensen) are sent to the rescue.

The heroic Anakin feels shunned by the Jedi when he’s left out of the next mission, to catch Grievous.

Soon, Anakin finds himself a pawn in a political game between the increasingly power-hungry Palpatine and the Jedi council.

Anakin’s faith is further shattered when he starts having nightmares about his beloved Padme (Natalie Portman) dying in childbirth.

Learning that the dark side of the force can be used to keep people alive is enough to nudge him off the righteous path.

Tying up the loose ends in the six-part story, this blows open the chasm between good and evil, charting Anakin’s metamorphosis from Jedi chosen-one to the iconic figure of universal evil, Darth Vader.

A long time ago, in a galaxy not too far away, George Lucas created a universe that secured an almost unequalled following across Planet Earth.

The familiar rousing theme sets the scene for a film, full of references – perhaps too many – to the original trilogy, that will elicit knowing nods from fans.

Considering its length, it zips by.

Brimming with non-stop light-saber swashbuckling and among the most imaginative creatures and vehicles to have graced the big screen, it’s certainly epic, but not classic.

The visual feast is let down by a clunky script and an unconvincing performance in the all-important role of Anakin: the six-film saga hinges on his switch from good to evil and it just doesn’t ring true. Being evil takes more than just tilting your head down and looking up.

Lucas can do action; the rest is as melodramatic as a romance-novel-based TV miniseries.

But the moment when Darth Vader’s helmet locks into place for the first time – and the heavy breathing begins – lives up to expectations: the simultaneous births of an evil icon and the son we already know is destined to kill him, should go down as a key moment in cinema history. That alone is worth the admission price.