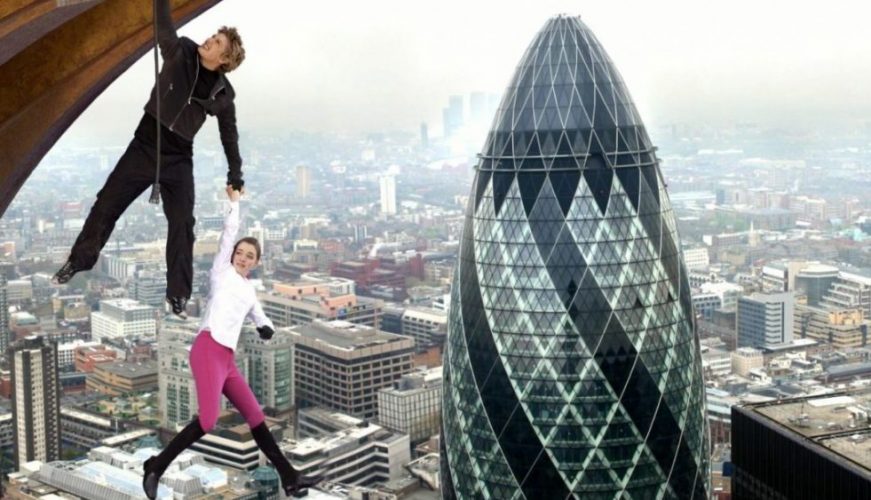 Fourteen year old Alex (Alex Pettyfer) gets home from school to find that his boring guardian, Uncle Ian (Ewan McGregor) has died – or rather been killed during a business trip.

It turns out that he wasn’t so boring after all – his run-of-the-mill job was actually a cover for his true role as an MI6 spy. And all those karate classes and adventure holidays Ian had sent Alex on turned out to have been preparing the unwitting schoolboy to follow in his footsteps in a life of serving Her Majesty.

For his first mission, he’s sent to stop a megalomaniac computer genius, Darrius Sayle (Mickey Rourke) from carrying out a ruthless plot to kill millions of kids across the country, in revenge for the way he was treated by the prime minister (Robbie Coltrane) when they were kids.

Like his more senior literary counterpart, James Bond, in order to succeed in his mission, of course, Alex needs the familiar combination of gadgets, girls and the gift-of-the-gab.

With quad-bike chases and motorbike races, not to mention helicopters, parachutes and gadgets that would impress Q, this film is unquestionably (pretty well) every young boy’s dream.

It’s loud and it’s proud – bold and audacious – a big budget British blockbuster that pulls out all the stops to launch a new franchise – Harry Potter as a spy, if you like.

But the incoherence and predictability of the plot means that while it will indeed fulfil every young boy’s fantasy, it won’t challenge anyone who’s made it into his teens.

It follows every one of the familiar genre clichés – from the unwilling hero, through the gadget check-list (luckily, the toys he’s given just happen to match the requirements he has to the very last detail), to the monologuing bad guy.

But the needless complexity of the plot, proliferation of supporting characters and simplistic motivation of the baddie are all so far-fetched that kids the age of its hero will be scoffing at everything beside the action.

Nighy and Rourke are clearly having tremendous fun with their respective underacting and overacting, but most of the rest of the glowing supporting cast are disappointingly underused – the likes of Lewis, Fry, Silverstone and Coltrane hardly have anything to do – but most worrying is that while Pettyfer certainly looks the part, he has neither the gravitas nor the charm to carry a film like this.

Perhaps it’s a blessing for the franchise that with all the books taking place within the same year of the character’s life, he’ll be played by a different actor in each one.

With a more charismatic lead, more thoughtful plotting and a dash more knowing humour, it’s certainly a franchise with potential – by the time the next film comes out, it could challenge more successfully for the teen audience and even draw in a few adults.