The latest figures from the British Film Institute show that UK cinemas took a record £988 million last year – with 24 of the takings coming from British films – up from 17 in 2009.

The actual number of ticket sales was 2 lower over the same period, with the additional revenue coming from more expensive tickets; a rise in the popularity of 3D films – now providing nearly a quarter of the revenue for UK cinemas – has pushed up ticket prices by an average of 40p to £5.84. 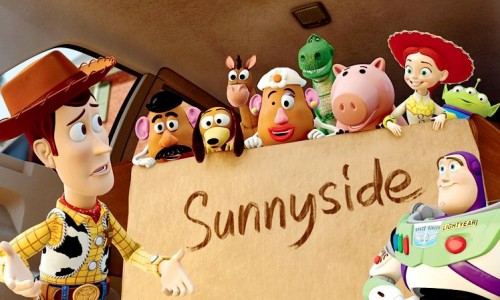 The highest grossing film in the UK in 2010 was Toy Story 3, followed by the first part of the final story of the Harry Potter franchise.

Despite the record box office takings, DVD and Blu-ray sales made up the largest single revenue source in the UK market, totalling £1.3 billion, even though sales were down 11 on the previous year.

The figures, published in the BFI’s Statistical Yearbook, show that more people are watching films across more platforms – with about 80 of film viewing done on TV. On average, people in the UK watched 81 films a year across all platforms, with 62 of Britons visiting the cinema at last once a year.

The total value of UK production – including inward investment, domestic films and co-productions – was also the highest on record, up 7 on 2009, thanks to spending on blockbusters such as Captain America and X-Men: First Class.

In line with this trend of less money being spent on feature production in the UK, the number of films being made for less than half a million pounds rose, from 133 to 147.

With all figures taken into account, the UK is the third largest film market in the world, behind the USA and Japan.

The Chief Executive of the BFI, Amanda Nevill, said the figures told a story of mixed fortunes for the British film industry. She said more people watching more films on more platforms and an increase in inward investment were reasons to be optimistic, but there were still challenges, such as the fall in DVD sales. And she said it was essential that there is continued investment in innovation, skills and new talent to ensure that Britain’s position remains competitive.