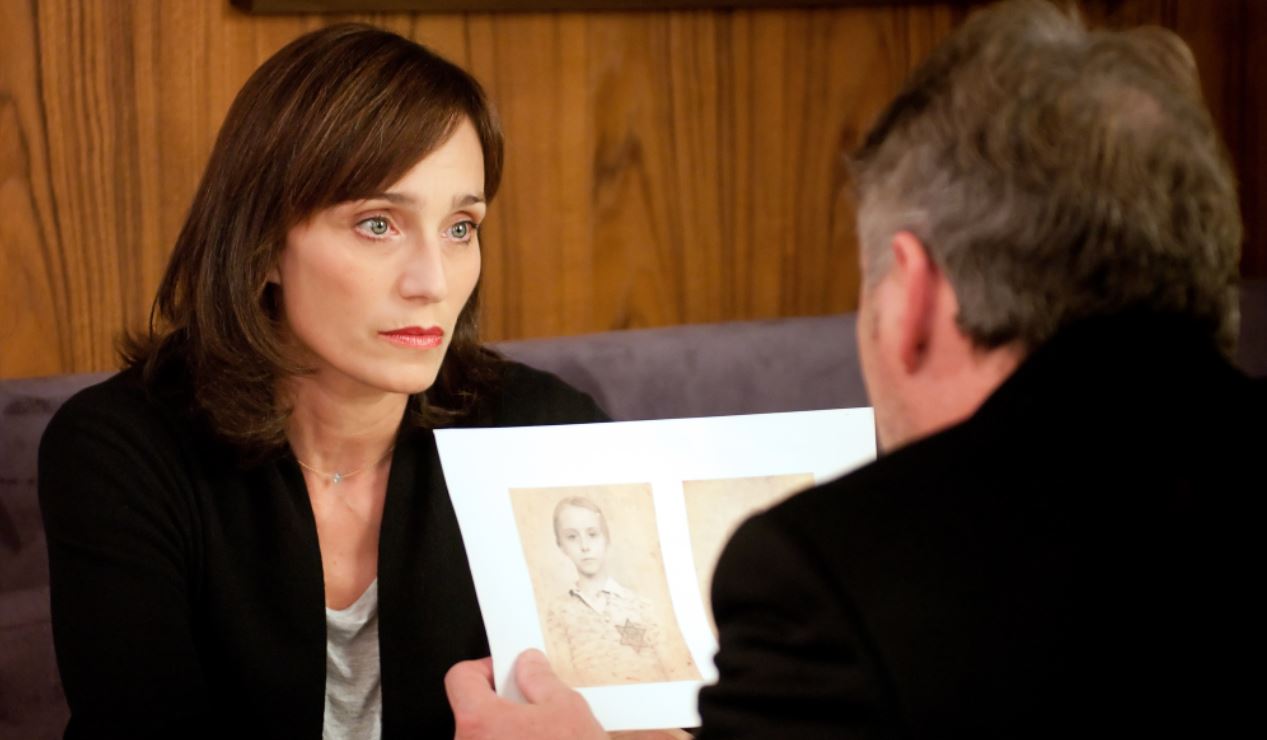 Julia (Kristin Scott Thomas) is an American journalist, now based in Paris with her husband Bertrand (Frédéric Pierrot) and their son.

They’re just about to move into the flat his mother no longer needs, now that she’s in residential care.

At the magazine where she works, Julia suggests writing an article about the 1940s round-up of Jews – probably forgotten by most people until this summer’s film The Round-Up – her younger colleagues certainly have no idea what she’s talking about.

During her research, she discovers that the flat her family is about to move into was once owned by a Jewish family, snatched by the French police and sent off to a German death camp.

The story went that the daughter of the family, Sarah (Mélusine Mayance), managed to escape with the key to the cupboard where she’d locked up her younger brother, in the hope of saving him from the same fate as the rest of the family.

Julia finds it so hard to come to terms with this discovery that it puts strain on her relationship and she ends up going off, as far and wide as New York and Italy, in search of Sarah and her descendants.

It’s odd how films come along in twos – most people these days will have been unfamiliar with the 1942 “Vel d’hiv” roundup of Jews by the French and suddenly, two films come along within a couple of months of each other.

Coming second might work against Sarah’s Key, as the shock factor will be lost on anyone who saw The Round-Up, although knowing about that story will help to put Julia’s decisions in context.

Not that you’d need to know too much about it, as the younger journalists in Julia’s office haven’t heard of it, so she needs to explain it to them. Such exposition cheapens this film slightly, but that’s perhaps a peril of making one of these films – admittedly based on a book – that straddles two periods, in this case the present day and the Second World War.

In Sarah’s Key, the wartime drama is far more convincing and interesting than the present day scenario, which feels forced and clumsy. Julia’s relationship with Bertrand comes under strain, but for the wrong reasons. But a journalist having trouble distancing herself from her own story, while a common dramatic set-up, is effective enough here.

Kristin Scott Thomas delivers an earnest and powerful performance, as you’d expect, but the decisions she makes in her personal life make it difficult for us to support her choices fully. Some of the people she encounters seem deliberately obstructive, until the plot dictates otherwise.

The unfortunate, but unavoidable weaknesses of this film include that having half of the story in the present day, we don’t get to see the full horror of France’s shameful wartime Nazi appeasement, and equally, like its predecessor, by concentrating on the fate of a single family out of thousands of Jewish victims, it seems to diminish the sheer scale of the outrage.

The denouement feels clumsily tidy and ill-fitting with the rest of the film and if you take the time to explore the original French title of this film, you’ll lose what is presumably meant to be the creators’ final twist.

Sarah’s Key contains some powerful moments and it’s certainly thought-provoking, but it feels parochial at times, some grand themes are left underexplored, and the complexity of its plot, the resulting exposition and some confused morals weaken the overall effect.