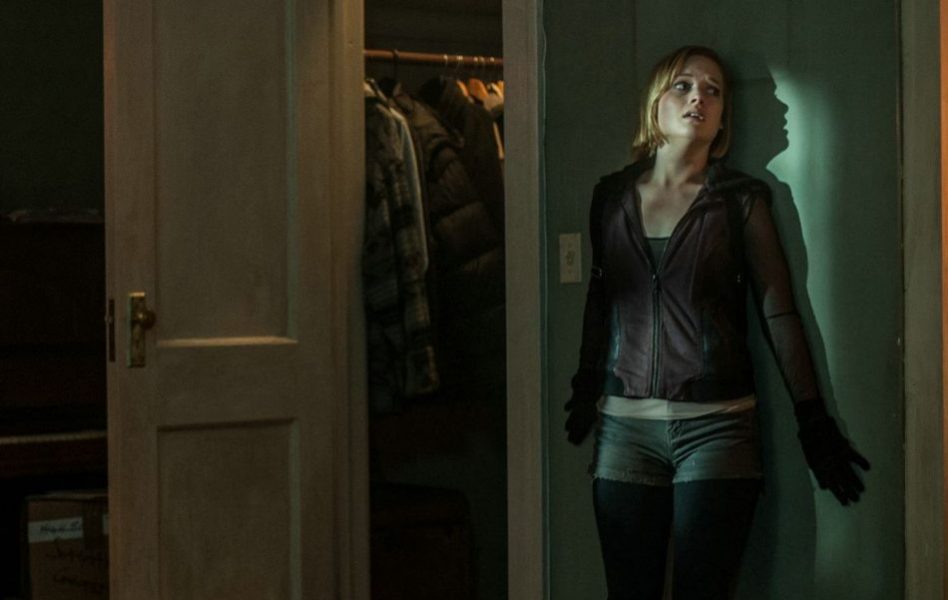 Detroit youngsters Rocky (Jane Levy), her thug of a boyfriend Money (Daniel Zovatto) and their reluctant friend Alex (Dylan Minnette) have been resorting to burglaries to try to lift themselves out of the gutter.

Rocky and Money persuade Alex to do one last job to get them enough cash to escape to a better life in California.

The house belongs to an old blind man (Stephen Lang), who’s recently come into a large sum of cash – what can go wrong?

The man is an army veteran who received his lump sum as compensation for the death of his only child in a car accident – that’s what.

And he has a dog. A very big, very angry dog.

For director Fede Alvarez, it was every aspiring film-maker’s dream; he put his short film Panic Attack, about aliens invading his native Uruguay, on YouTube, where it was spotted by horror maestro Sam Raimi, who hired him to update his own debut feature The Evil Dead – without the “The”.

Even if critics weren’t too impressed, Raimi clearly had enough faith in him to give him another go, and this follow up – his own original story – is a more successful venture into B-movie territory.

With the same lead actress and an otherwise similarly little-known cast, he delivers an effective claustrophobic thriller, that’s suitably creepy and keeps you on your toes with refreshingly unpredictable and often particularly disturbing twists and turns.

But it often falls into the trap of too many low-budget genre films – favouring the reel world over the real world, putting the necessity of unfurling the plot ahead of the coherence of reflecting reality; when faced with a bolt that can’t be jemmied off with a crow-bar, rather than unscrew it, Alvarez needs to show us that his protagonists are carrying a gun – and remember, the film is called “Don’t Breathe” – ie, “Don’t make the slightest noise, or the blind man with heightened hearing might be able to find you” – or when two characters trap themselves in a room, noting that the windows are blocked by heavy bars, within seconds, one goes flying through a window – or a laundry machine coming on, despite one character having pointedly turned off the electricity – to note just three.

Efforts to endear some of the main characters to us by giving us a bit of backstory feel about as unconvincing as they are unnecessary, serving more as commas that punctuate the film’s grammar rather than vital elements o the narrative.

All that said, while many of the smaller plot points don’t stand up to much scrutiny and the exposition feels a little clunky, if this is your kind of film, you’ll let such nonsense wash over you and enjoy – if that’s the word – an efficient, if formulaic, low-budget chiller.