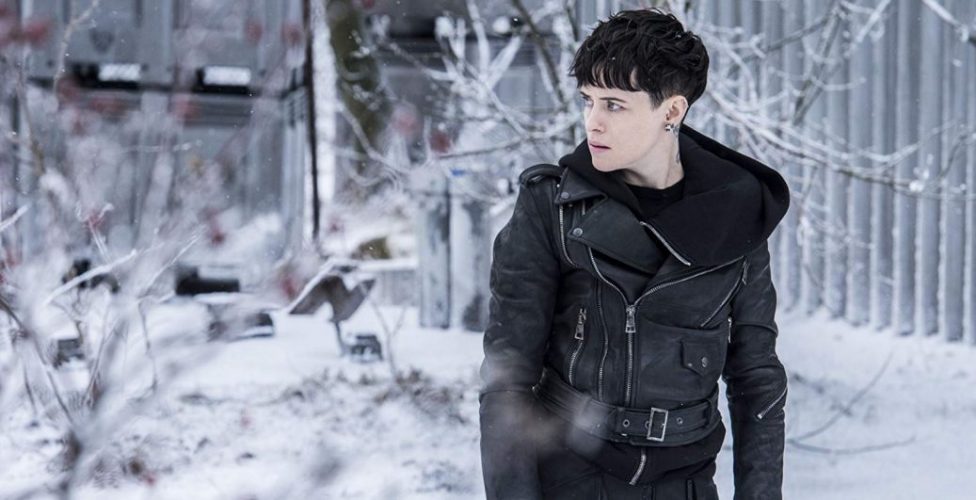 Abused as a young girl, Lisbeth Salander (Claire Foy) has focused her anger, as an adult, on “hurting men who hurt women.” Having previously been introduced to the vigilante in The Girl With The Dragon Tattoo, on this occasion, we first meet her as she’s meting out vengeance on an abusive husband.

Computer programmer Frans Balder (Stephen Merchant) is more interested in her other skill set – the underworld knows Lisbeth as one of the great hackers. He engages those services to try to steal back a programme he wrote while he was working for America’s National Security Agency, that gives the user control of other people’s nuclear weapons. He’s had a change of heart and wants his beast put beyond use.

But once Lisbeth gets it back from the NSA, she finds that returning it to Balder isn’t as straightforward as she’d anticipated.

NSA agent Edwin Needham (Lakeith Stanfield) turns up in Stockholm to try to get it back, while she also finds herself being hunted by the Swedish Secret Services and a ruthless criminal gang with connections closer to home than she could ever have imagined.

Stieg Larsson’s Millennium novels spawned three successful films, all of which travelled well outside his native Sweden, so well, in fact, that the first one was remade in English.

But the other two weren’t. Instead, seven years later, the franchise is being rebooted with an adaptation of novel number four, written well after Larsson’s premature death.

Along with the reboot comes a new cast, this time with most of the actors themselves being Scandinavian. Last time, it was Daniel Craig’s name that was used to sell the film; this time they’re hoping The Crown’s Claire Foy reviving an iconic character will be enough.

Perhaps having to have a reminder of the provenance of the character in the film’s title (“A  New Dragon Tattoo Story”) betrays a lack of confidence that this would work.

Indeed, the first obstacle thrown up is, like with another recent English-language feature starring Scandinavians, Paul Greengrass’s 22 July, there’s always something a little uncomfortable about watching an entire film with people speaking English in another accent. We see  the snow. We know it’s Stockholm. Let Claire Foy speak naturally and concentrate on her lines and character or just let the Swedes talk in Swedish and give us subtitles, as worked perfectly well for the first three films.

That this is even notable is indicative of the fact that the film just isn’t engaging. For starters, the main characters themselves either lack empathy or feel redundant.

Clearly trying to shake off any reminders of Queen Elizabeth II, the brooding Foy never gives us a reason to care about what she has become and why she does what she does. Few films opt to have a deceitful, vengeful sociopathic goth as a protagonist and expect us to be rooting for them.

Then there’s the narrative, such as it is. There are so many meaningless twists and turns, many of which simply make no sense that you’ll give up trying to follow it. Huge gaps in the story-telling don’t help provide a mellifluous journey through Lisbeth’s world.

The industrial interiors compliment the stark, white exteriors but the monotony of airport lounges, warehouses, dilapidated factories, rundown housing estates begins to grate after a while.

There’s a little more to appeal to petrol-heads, with the only real thrills coming from a sleek, black Lamborghini and some motorcycle stunts, not least an escape across a frozen river.

There was almost a meaningful scene in which Lisbeth’s sister confronts her about why, with her vigilante hat on, she tried to save everyone else except her – but the response is so weak that it would’ve been better not to have asked the question in the first place, teasing the possibility that there might ever have been some depth to this shallow slice of Scandi-noir.