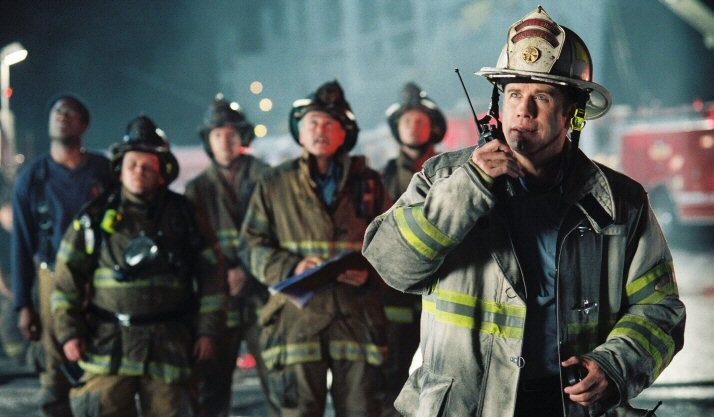 Fireman Jack Morrison (Joaquin Phoenix) gets trapped as he’s searching for survivors of a huge blaze at a Baltimore factory.

Through flashbacks, we see Jack develop from a probationer, under the supervision of Captain Mike Kennedy (John Travolta), to becoming a fearless all-American hero.

In parallel, we watch the colleagues and friends he’s met in the flashbacks as they battle against the flames and the odds, to rescue him from the crumbling building.

Post 9/11, this is like a recruitment video for the Fire Department, showing us the unequalled bravery, unbridled excitement and unrivalled camaraderie.

But as a piece of drama, it lacks what it needs to keep you thrilled. The over-riding plot is weak and the people aren’t interesting enough to care about.

Each time they head for a fire, you hope it’s the one where Jack is trapped, so that it’ll be over sooner.

But they keep dragging it out a little more to show us one last cliched act of heroism.