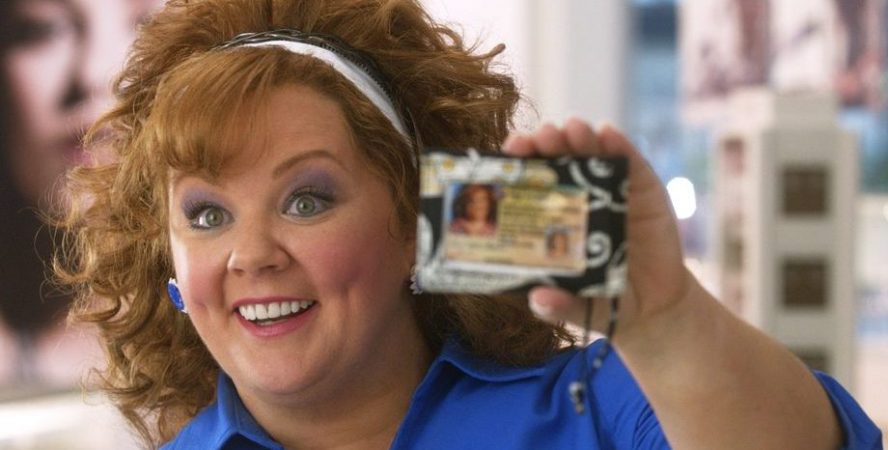 Sandy Patterson (Jason Bateman) is a loving husband and father, who works as a highly respected executive at a major finance firm in Denver.

Sandy Patterson (Melissa McCarthy) is an overweight loudmouth from Miami, whose house is full of electrical appliances and exercise machines that she – ahem – auctions for her children’s charity.

The name is no coincidence; the female Sandy has stolen his credit card details and is using them to fund a lavish lifestyle while running up huge debts in his name and getting herself – well, him – in trouble with the local police.

When the male Sandy realises what’s going on, the Denver Police refuse to help, as the crime is being carried out in Miami, so he flies to Florida to find his nemesis and bring her home to face justice and clear his name.

From the script, through the casting to the posters, there’s no question that this is a comedy – or at least conceived and marketed as such.

But identity theft is a serious crime with far reaching consequences, which means it’s hard to make a comedy out of it – and if you do, it’s got to be clever. The Coen Brothers, for example, are able to make funny crime films or dark comedies – but Seth Gordon is not the Coen Brothers.

When Melissa McCarthy is on screen, this is a comedy, but because she is funny – she looks funny, has a funny voice, does and says funny things, but not because what she does in the context of the film is funny.

While Jason Bateman is driving the plot, the film is a drama that isn’t even trying to find laughs in being the victim of crime.

Most of the humour comes when the film falls into the stereotyped ill-matched buddy road-movie, seen over and again, going backwards through time through Due Date, Planes Trains and Automobiles, Some Like It Hot and beyond.

When it brings in a range of antagonists – bounty hunters and others who want to catch McCarthy’s character as much as Bateman’s does – it can’t decide whether they should be funny or dramatic.

And as the film heads towards the third act, when the character arcs require resolution, we find out more about why the female Sandy is the way she is and she begins to realise the effect this has on her victims and decides to do the right thing; it’s plot by numbers.

This somewhat disjointed film is lazy for lacking originality and ambition. It seeks humour from the obvious, without being daring. It’s almost two separate films – a drama about a guy who’s identity is stolen and a comedy about the thief who took it.