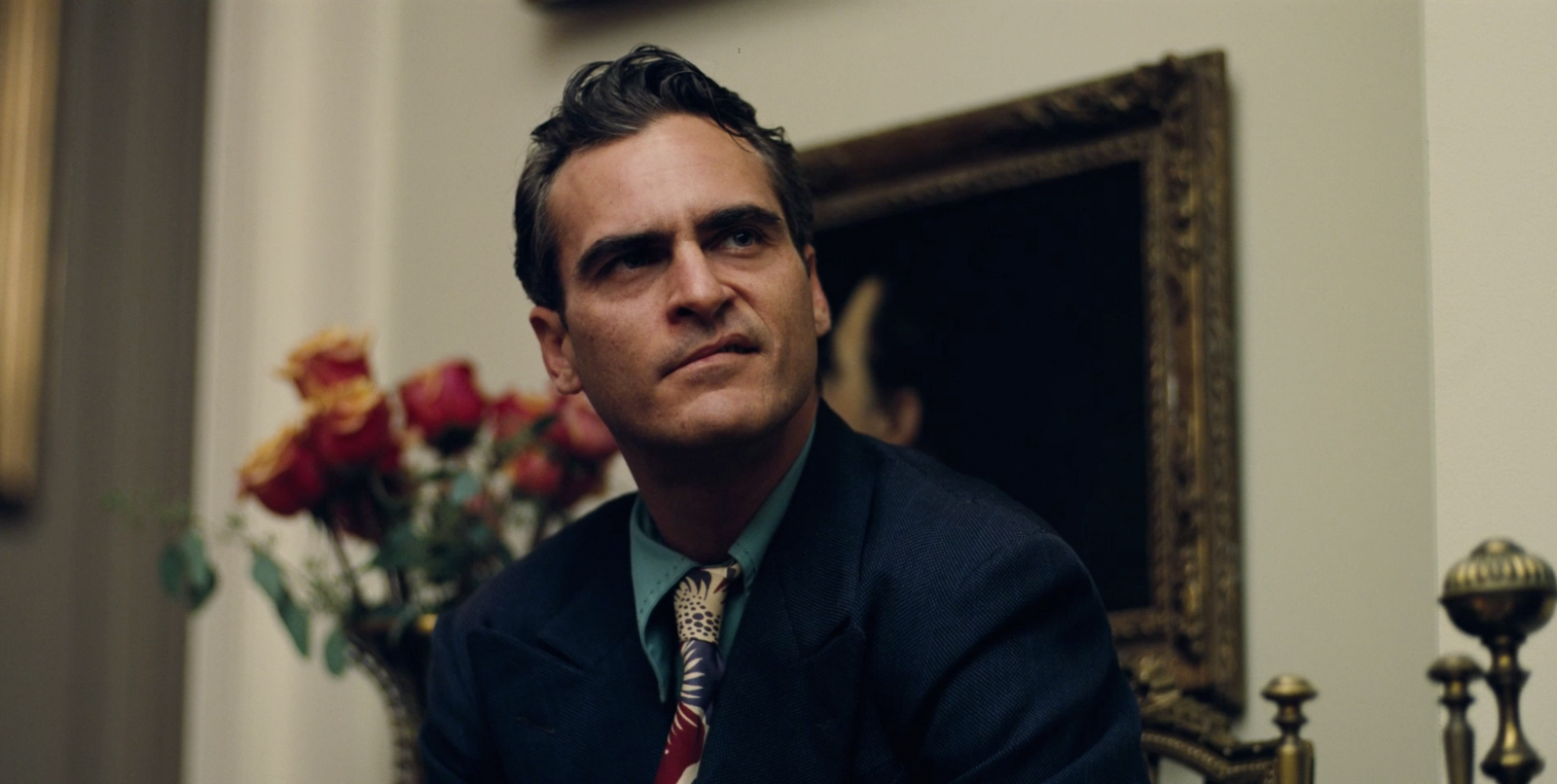 The Second World War is finally over and Freddie Quell (Joaquin Phoenix) is free to leave the US Navy.

He’s having difficulty adjusting to civvy-street, first getting a job taking portraits in a department store, which lasts about as long as his temper.

He grows increasingly dependent on his home-distilled alcohol and soon finds himself passing out on a party-boat.

He wakes up to find himself a guest of the charismatic Lancaster Dodd (Philip Seymour Hoffman), who turns out to be a visionary leader for some, a cult leader for others.

Taking Freddie under his wing – despite the caution of followers including his wife (Amy Adams) – Lancaster teaches him the philosophy that helps him make sense of his life – and his previous lives – on this planet and beyond.

Any film by Paul Thomas Anderson is worth waiting for, and this is no different. But it’s not as strong as his sprawling calling card Boogie Nights or his most recent character study There Will be Blood.

The writer/director himself happily acknowledges that The Master is not about narrative, but character, which isn’t a problem, as long as the characters are compelling enough, but while Joaquin Phoenix’s Freddie Quell is fascinating, the all-important figure of Philip Seymour Hoffman’s Lancaster Dodd – while impressively realised – fails to convince us of his beliefs, and doesn’t particularly try.

Given that The Master is unashamedly a study, if not of the Scientology founder L Ron Hubbard himself, a similarly charismatic leader of a shunned spiritual movement. What you might expect or hope for from this film is a suggestion of why any intelligent people might have fallen for L Ron Hubbard’s claims that we’re all basically aliens from another planet – and that’s just the start of it – Lancaster Dodd rarely has a chance to explain and thus win over doubters.

In one powerful scene, he’s challenged by another guest at a party, who puts all the right questions, but rather than offering any convincing answers, he throws a bit of a temper – something he does a few times during the film – and not something that you would think would inspire confidence in a spiritual leader.

The central character in this film is unquestionably Phoenix’s Second World War veteran, but his character arc is not especially satisfying. More controversial, but more enlightening might have been a film that was more interested in the eponymous Master, investigating where he should have got his ideas in the first place and how he won over some of the most powerful people in the United States, rather than a lost loser – anyone can win them over.

The film is beautifully shot and the performances can’t be faulted, but while the characters are interesting, following them is not particularly rewarding. While it’s an impressive film, on its own, it would never earn Paul Thomas Anderson the moniker of Lancaster Dodd – There Will be Blood and Boogie Nights showed a cinematic master at the height of his powers. The Master is more of a self indulgence.