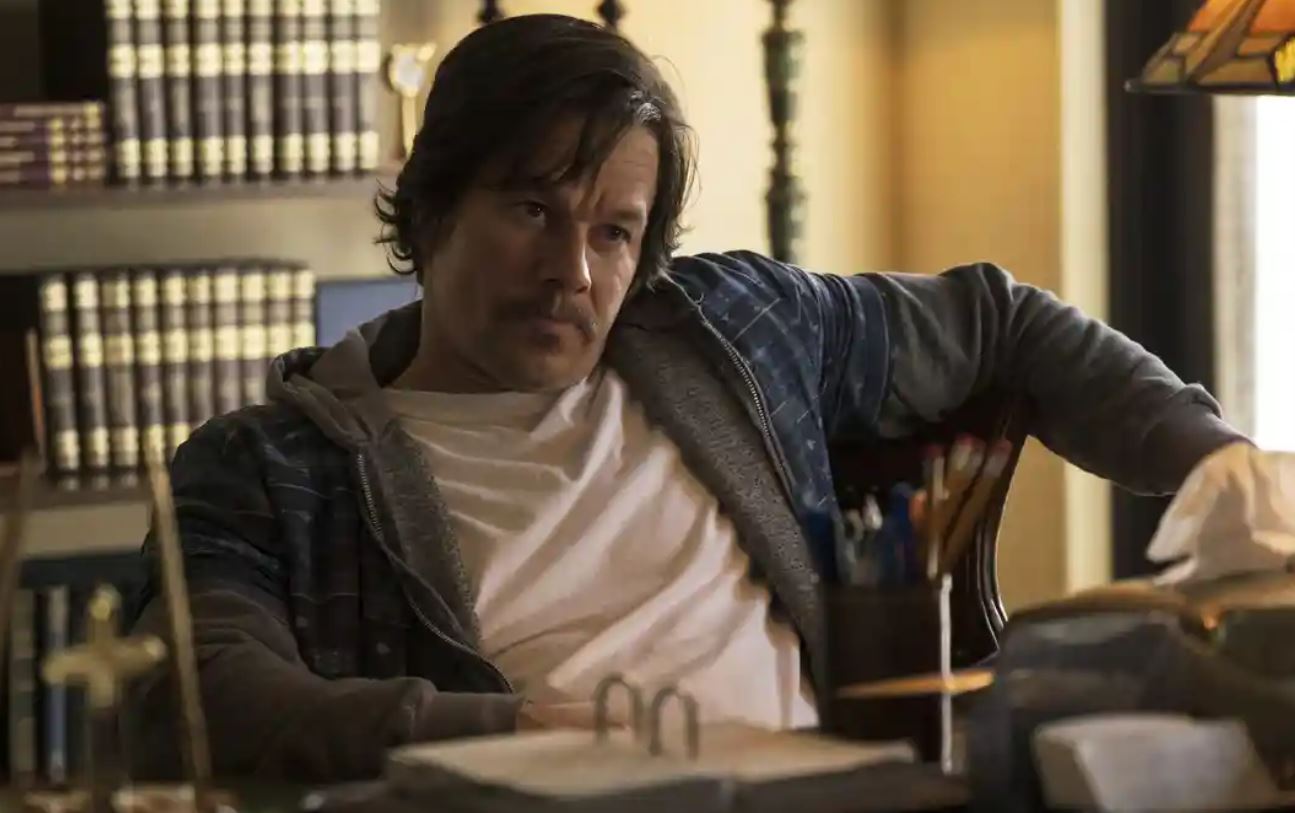 Stuart Long (Mark Wahlberg) is a dreamer and washed-out small-town boxer, forced to give up the ring by an ongoing health issue.

Determined to find another way to make something of his life, he heads to Hollywood to try to make it as an actor, but ends up working on the meat counter at a local supermarket, like so many other wannabes.

When he falls for a customer, Carmen (Teresa Ruiz), he discovers that she volunteers at the local church.

A confirmed atheist, like his estranged father Bill (Mel Gibson), Stuart starts hanging around at the church to get to know Carmen and shows his commitment to her – by showing his commitment to God – by getting baptised.

After recovering from a motorcycle accident, he goes further and surprises everyone – not least himself – by deciding to become a priest – even though the local church authorities aren’t convinced that this fast-talking petty-criminal is at all suitable.

But church officials aren’t the only things standing in the way of his calling.

Setting itself up as the story of an unlikely convert to the church, from the wrong side of the tracks, Father Stu turns out to be not quite the film you might expect.

Mark Wahlberg plays a typically charming, fast-talking, wise-cracking and self-confident chancer – a loveable rogue who worms his way into the world of an unassuming believer – but rather than unfold into the tale of a tough priest, as you might imagine, this based-on-real-life story takes an unexpected turn in the third act, spinning off into another film entirely, tackling faith from an altogether different direction. The new destination of this new emotional journey is less rewarding than where it first felt like we were heading.

Both strands of Stuart’s journey – before and after this life-defining moment – suffer from convenient plotting; rather than the story unfolding naturally, we seem to jump from decisive moment to decisive moment, without explaining how or why we got from one point to the next. This is not helped by the fact that the time-line often isn’t that clear, so we don’t know how much time has passed from one scene to another.

Jacki Weaver is underused as Stuart’s mother, while Mel Gibson gruffly grunts through his supporting role, taking his character on a journey of redemption that mirrors that of his screen son. Perhaps – in a film written and directed by his own girlfriend – Gibson is trying to go on a journey of redemption himself, using a faith-based film to paint a different picture from historic articles about allegations of antisemitism and alcoholism.

The film will undoubtedly be more meaningful for people of faith while Mark Wahlberg fans, hoping for something more along the lines of The Fighter, might feel a little short-changed.

But it will make most viewers stop and think what life is all about, which itself can’t be a bad thing.