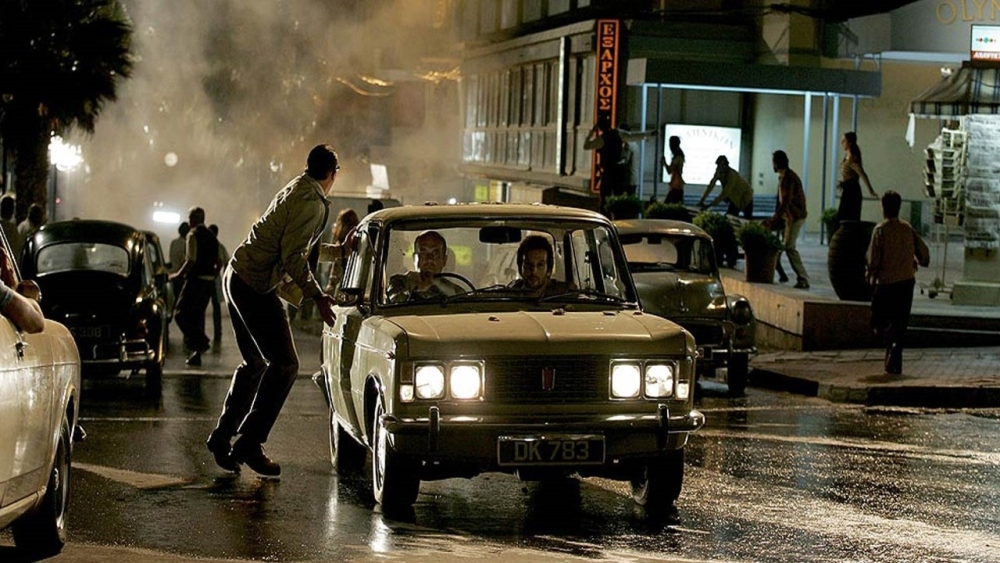 Many people are familiar with the Palestinian attack on the Israeli Olympic team at the Munich Games, one day in September 1972. Eleven members of the Israeli team were killed during a kidnapping and a botched rescue attempt at the airport.
This film is Steven Spielberg’s fictionalised telling of events he portrays as Israel’s revenge. In the film, Israel’s prime minister, Golda Meir, authorises a secret team of Mossad agents, led by her former bodyguard Avner (Eric Bana) to hunt down and kill a group of Palestinians they’re told had organised the Munich attack.
The Palestinians include kindly gentlemen with young children and educated poets.
Discovering that the people he’s told are terrorists are actually regular people like him, Avner starts having doubts about his mission.

Zionists have accused one of the foremost Jewish figures in Hollywood of anti-semitism, accusing him of drawing a moral equivalence between the Palestinian kidnappers and the Mossad agents sent to exact Israel’s revenge.
Muslim groups have also expressed their reservations about the film.
If you can dispel all prejudice from your mind, you’ll realise that Spielberg’s message is “tit-for-tat violence doesn’t work” – given that more than thirty years on, there’s still no long-term peace deal on the table.
As a piece of cinema, this is as spectacular as you’d expect from Spielberg – with remarkable set-piece stunts, explosions and action sequences – and it’s filled with his typical saccharin elements – while Avner is running around the world hunting PLO leaders, his young wife is at home, pregnant with their first child, for example.
At nearly three hours, the film is far too long and carelessly structured – rather than a typical piece of story-telling, with a beginning, middle and end, with each scene vital to carry the plot forward, this is little more than a string of manhunts – identify him, find him, catch him, kill him. Any of these segments could be removed without changing the course of the story, making it harder to understand or altering the message.
It’s certainly a brave and worthy film, but for people with an interest, it’s almost deliberately provocative, and for impartial observers, it’s a hard slog, emotionally unsatisfying, and while it presents some tough questions – like whether violence should be met with violence – they’re questions the impartial observers will already be asking themselves.