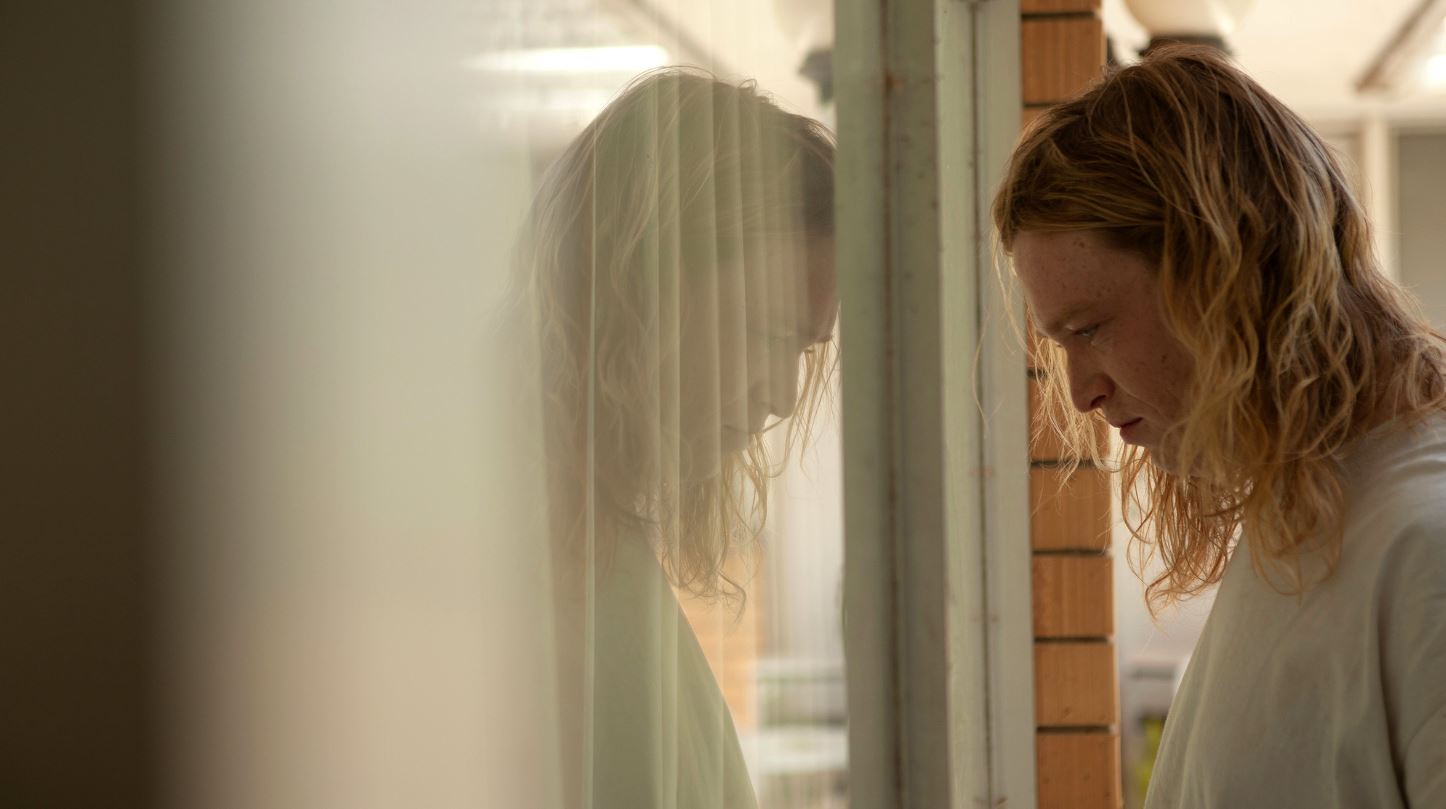 It’s the mid-1990s on the Australian island of Tasmania, and Nitram (Caleb Landry Jones) is a twenty-something with learning difficulties who lives with his parents (Anthony LaPaglia and Judy Davis).

He’s incapable of real empathy and can’t properly relate to anyone; his father does his best to be loving and supportive but his mother has long since shut off emotionally – and not just from him.

Nitram tries to make a bit of money by mowing neighbours’ lawns, through which he meets Helen (Essie Davis), a local heiress who lives on her sprawling estate with no-one but her many pets for company.

Realising he has no real connection with his parents, Nitram moves in with Helen, who accepts him for who he is.

But as everything he’s ever known starts slipping away from him, he needs to find something to fill the void in his life – inspired by a news report about a mass killing at a school in Dunblane in Scotland, he sets out to carry out a copycat attack.

Australia’s gun laws were tightened as a result of what turned out to be the country’s most deadly mass shooting. Justin Kurzel’s slow-burning character study examines whether the attack could have been prevented – and how best to deal with people with severe learning difficulties.

Physically strong and healthy but mentally fragile and unable to understand the world around him, Nitram – based on the real-life Port Arthur gunman Martin Bryant – can’t relate to anyone or anything in the way we might understand; he gets children playing with fire-crackers during their school lunch break, he tugs at the steering wheel of moving cars without fear of the consequences, he beats his father even in the moments when he is trying to show him love, he smashes windows with his air rifle – and this last one is the piece of the puzzle which, perhaps, might have signposted the danger ahead.

Seeing a grown man acting with the awareness of a child is disturbing – and you might wonder whether anything can indeed be done to calm him down. It’s not that he’s necessarily angry. He doesn’t have tempers. He simply has no self-control and acts without a thought for the consequences, as a child would. But then, as is often the case with such people, he has the ability to disguise his condition to a certain point , and try to emulate a normality that he’s seen but doesn’t quite understand – often just long enough to get what he needs out of people – he doesn’t attack people who don’t want him to mow his lawn, for example.

Anthony LaPaglia is heartbreaking in an underplayed performance as Nitram’s father does his best to bring him down to earth, while Judy Davis plays an exasperated mother who’s long since given up on him, with a heart of stone. In the central role, Caleb Landry Jones was named the best actor at last year’s Cannes Film Festival, for a performance which engenders empathy but not sympathy. Perhaps the most complex character is Essie Davis as Helen, whose kindness is understandable but clearly misplaced.

The film certainly makes you wonder which character you would be – perhaps you’d begin as an open-minded Helen, who doesn’t really yet know what she’s in for, develop into a Dad, who’s loving against his better judgement, in the knowledge that showing love has got to be better for Nitram’s mental health, before ending up as the exasperated mother, who simply can’t take anymore.

There seems to be a method in Nitram’s madness – he can see when others are upset and even tries to help them – but his efforts are wildly inappropriate and he has no concept of any boundaries he comes close to.

Perhaps the most chilling scene in this necessarily nihilistic film is when we see him purchase his firearms – picking semi-automatic weapons off the shelf like a child would choose sweets – the salesman content to sell the firearms even though he has no licence and clearly has no idea how to use them. But the shootings themselves we don’t see – we don’t have to.

The build-up to the massacre is a slow-burner and the futility of the tale makes it hard to watch. It’s a powerful drama – but much of its power comes from the fact that you’re left with the feeling that there’s not really anything that can be done to protect the public from people who simply don’t understand the world around them. It clearly calls for tighter gun controls – but equally, shows how even when controls do exist, people prepared to use weapons will find their way around them.

Mass murderers are often seeking attention or seeking revenge – there’s perhaps a bit of both of those going on here, but Nitram is mostly driven not by anger or any quest for fame but by a drive to make sense of his own life, while his lack of understanding means that everything and everyone he encounters is simply dispensable. And how can you stop that?

He’s like a toddler pulling books from a bookshelf, lashing out at someone who won’t let him have sweets, breaking a doll, throwing toys – but when you’re a fully grown adult and the dolls are people and the toys are bullets, that’s a recipe for disaster.